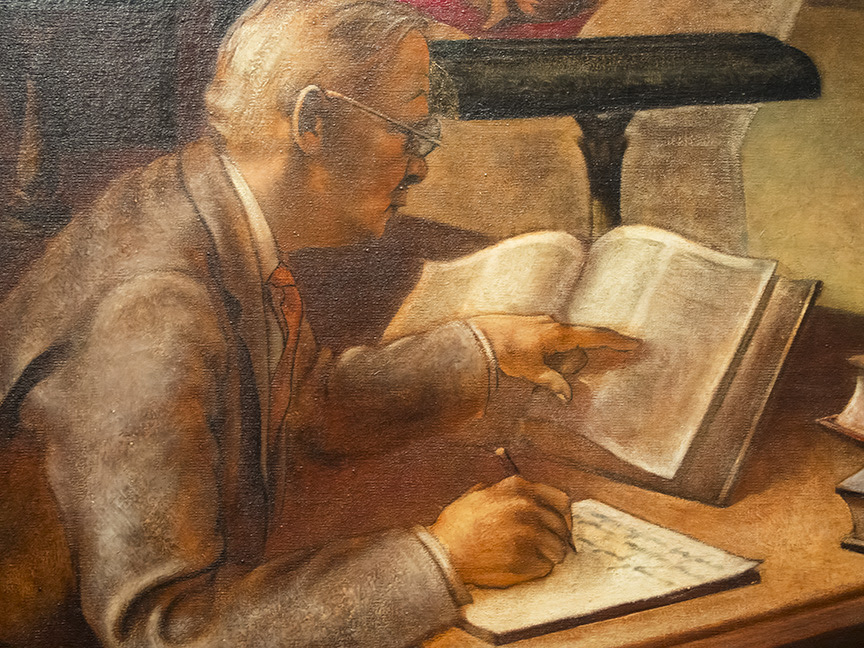 Almost all of the 20th Century art I saw in the library was from the 1930s. That's a strong suggestion that the works were part of the many federally-financed arts projects during the Great Depression.

The first two images are from a painting called Adult Education. That was one of the main reasons for libraries according to the spirit of the day. If I remember correctly the painting was dated 1936.

The third image is a mosaic on a fireplace in the children's room. It's a little difficult to decipher. My guess is that it shows a Native American man building and/or using a fire. I had to zoom way in on the original to see small inscriptions on the bottom of each of the three main panels. The best I can tell is that the first two contain the letters DS and the third the number 38, probably referring to 1938.

The last is a painting of the Mississippi River, seen from a wooded hilltop. It's called Rival of the Rhine. Wrong. I've seen the Rhine and it is nowhere near as magnificent as the Mississippi. 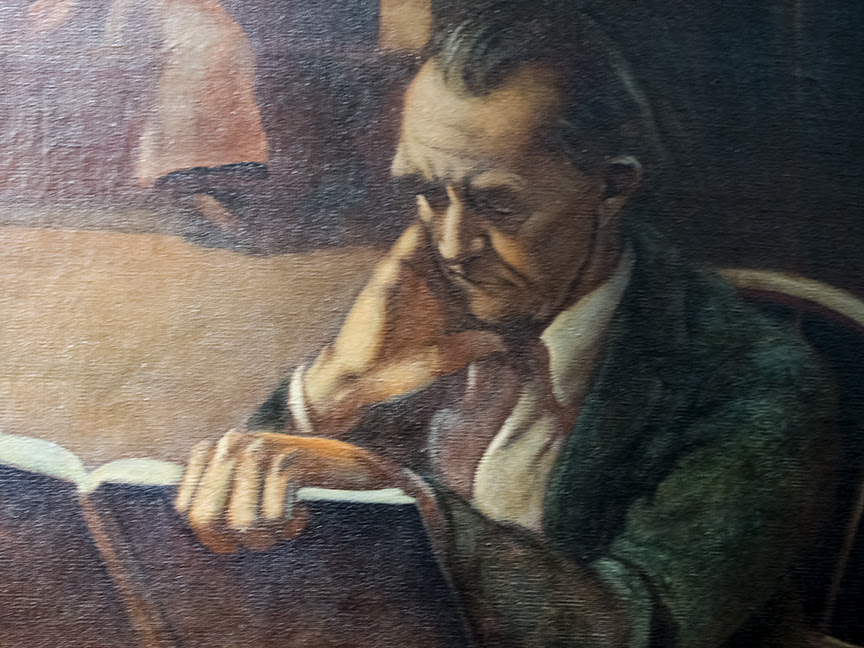 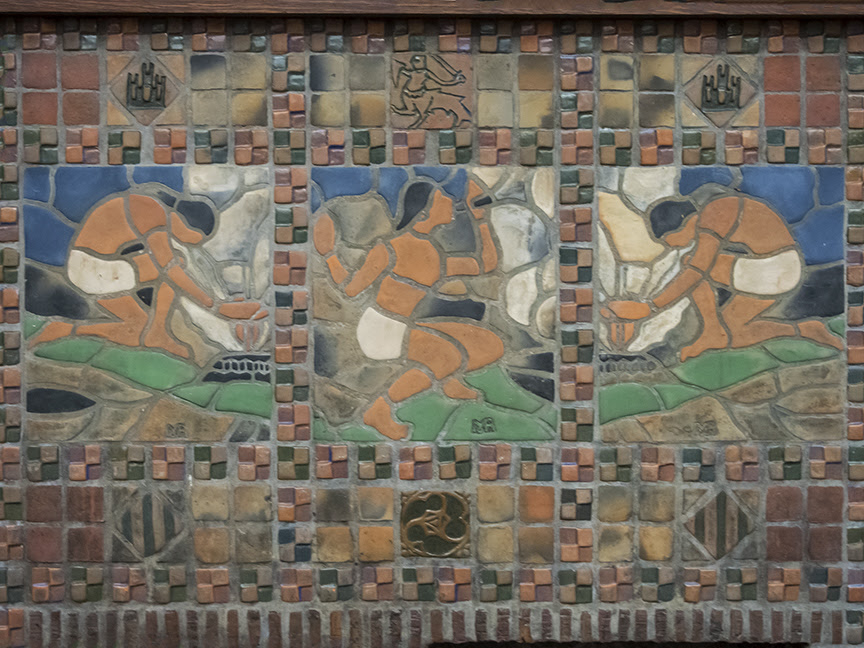 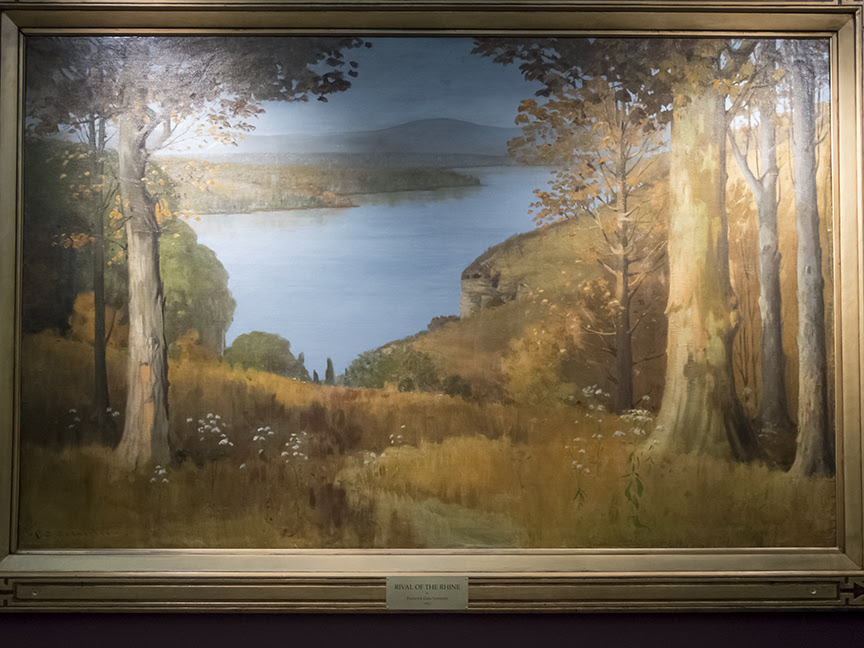 As a librarian, I am overwhelmed by how pretentious this particular library seems. But then again, maybe all libraries are pretentious.

Yes, it really does look like 1930s art. The government paid a lot of artists in that decade, to keep them alive and fed.