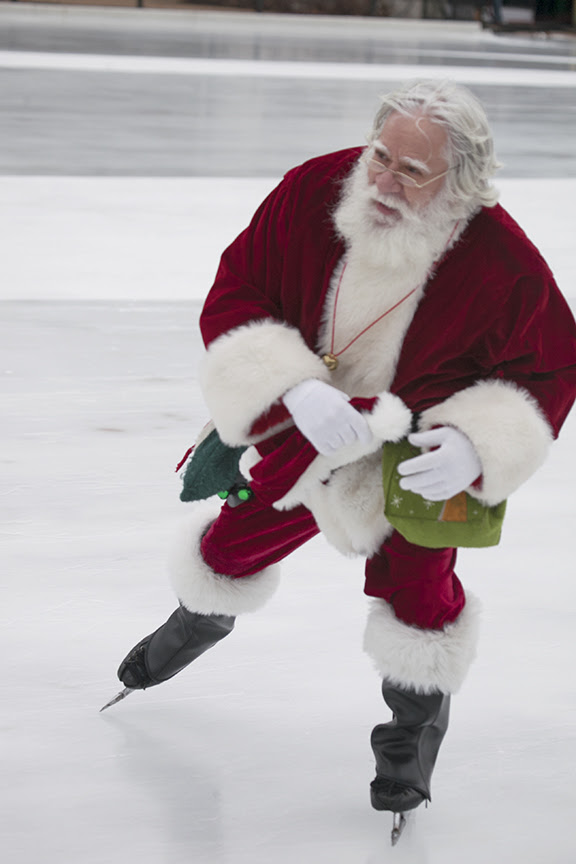 Every December Steinberg Ice Rink in Forest Park sets aside a couple of Saturdays for a Skating With Santa event. I seem to get around to photographing it about every other year.

The same charming gentleman plays the role year after year, and he's good at it. For one thing, he can ice skate. (I can't ice skate, or ski, or snowboard, or even hit a %^$@^ golf ball, for that matter.) He's been on the blog before. The creepy thing is that his name is John Crowe, my father's name. My father may have known how to ice skate but I never saw him do it. Never wore red velvet and ermine to his job in New York's Financial District, either. If someone did that today, they might end up in the New York Times' fashion section. 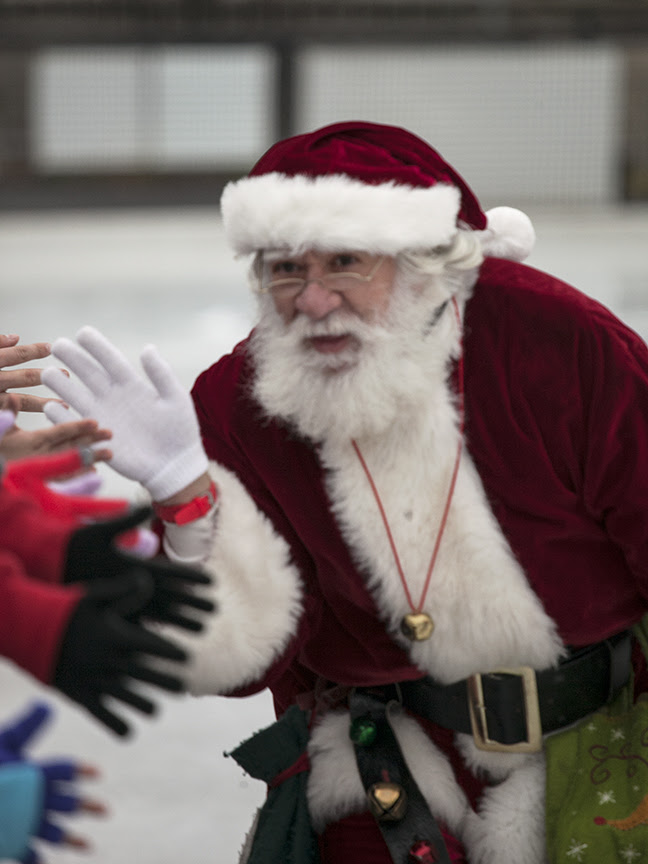 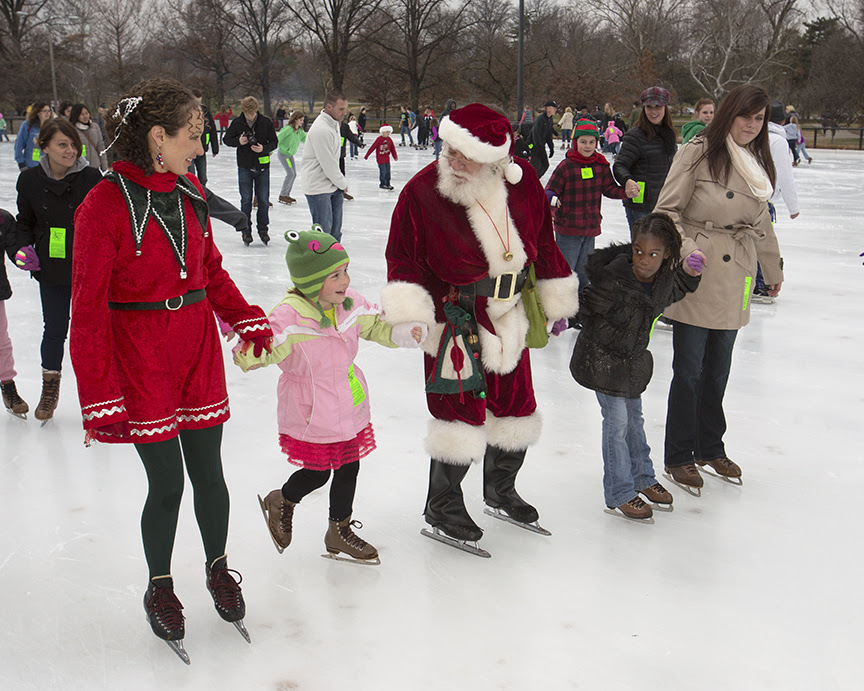 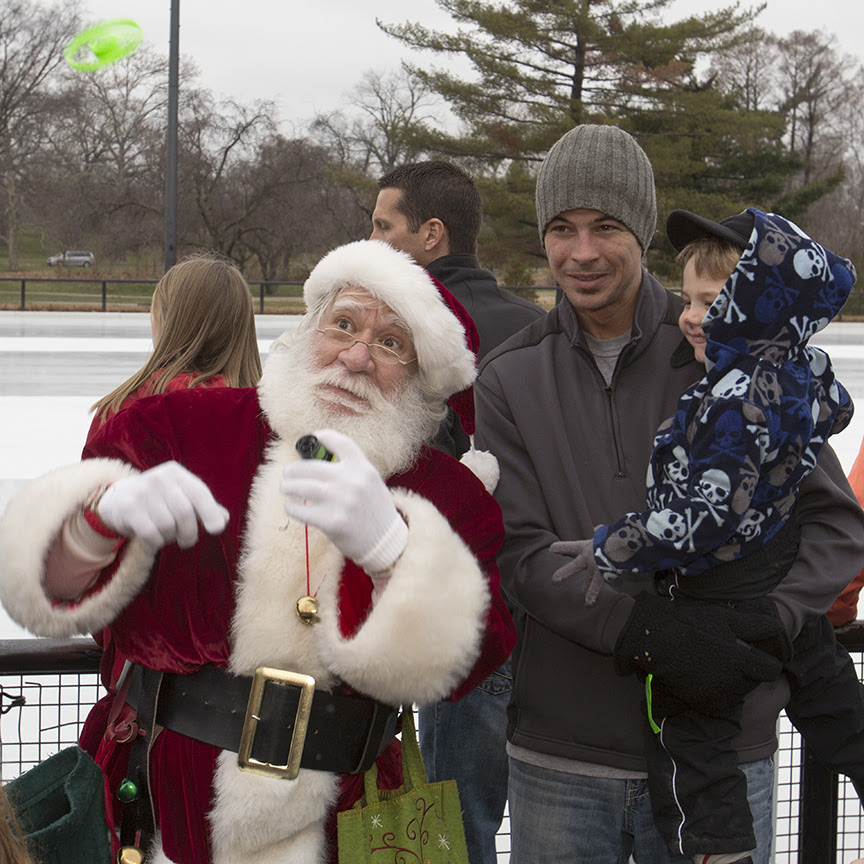 I can imagine that skating with Santa must be a thrill to a seven-year-old. The kids look pretty happy.

these are marvelous, bob.

This looks like a great event. The line of skaters in your third shot really appeals to me. They are all happy to be skating with Santa.