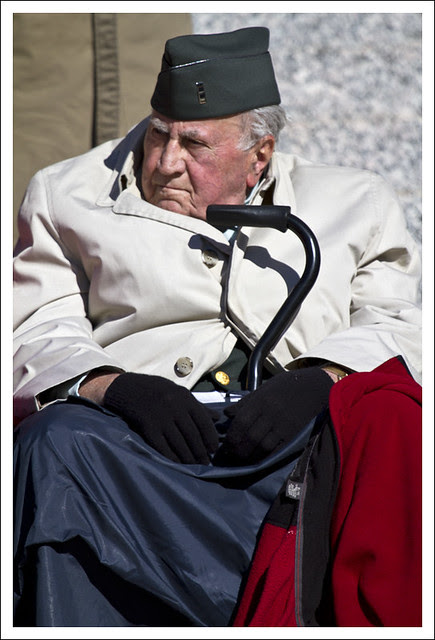 A bit more from the Veterans Day parade. He looks hard and determined, doesn't he? I think that's a first lieutenant's insignia on his hat. He was not a senior officer but he takes his and others' service seriously. He would have to be well into his 80s to have been in World War II. It's possible. He has survived a lot. 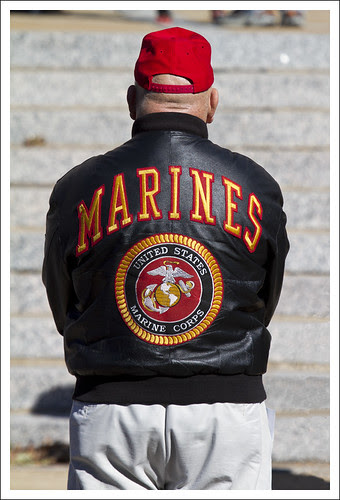 Coming up to 11/11 (which isn't all veteran's day here, just the end of WWI) for the first time without any WWI veterans. All we have left now are WWII and various other war veterans, but then we got out of Vietnam... Good to honour them and to always remember.

I'm sure he's wondering how he got in that chair when just yesterday he was like those young marines doing push-ups. Tempus fugit, especially when you look back.