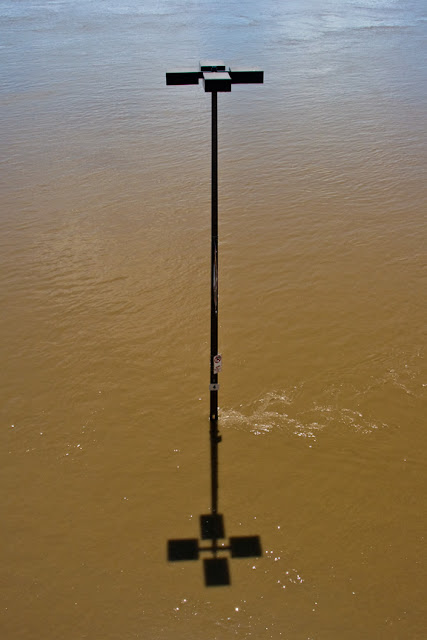 Actually, I missed the highest level of the flood on Friday, in part because of reasons described in yesterday's post. So I went down to the Mississippi Saturday morning. The crest was lower than first predicted because several levees broke upstream, draining the river away mostly over farmland. Unfortunately, a few small riverside towns were inundated. The river didn't get nearly as high as the great flood of 1993. I will always remember taking off from the St. Louis airport on the exact day of the crest that year. The area around the confluence of the Missouri, Mississippi and Illinois Rivers looked like a sixth Great Lake, mile after mile of water.

TOMORROW: How natural disaster can help keep your family out of debt. 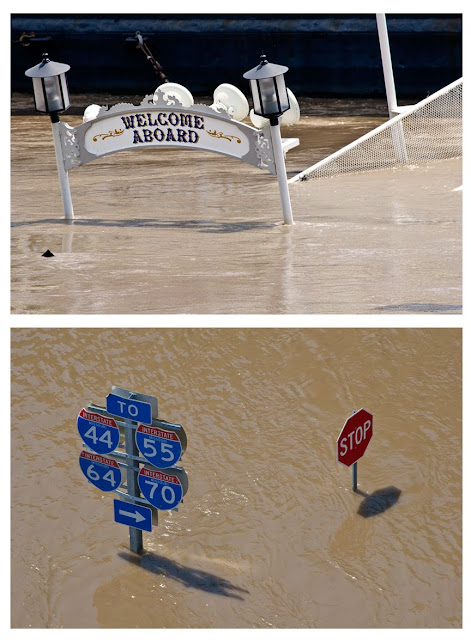 I do visit and I do comment and I was here. I did look at your picture(s) and I did read what you wrote about them. I could say how great you are and how beautiful your work is but alas I would soon run out of things to say on the next blog I visited, so I just left this to prove I stopped and said a few words on Sunday. Terrible.

My Rheumatoid Arthritis hurts so I am using the same message for all.

That first photo is making me dizzy - very surreal, like a Salvador Dali painting. Welcome aboard if you have a diving bell.

The first shot is really cool. Perfect angle on that shadow. Were you on the Eads Bridge?

No, "u." The shot was from that concrete overlook deck thingie on the far south end of the Arch's park, looking down into the river. There's one on the other end, too, right by Eads Bridge.

What a mess. Great photos, but my heart goes out to those who have lost so much under those dark, murky waters.