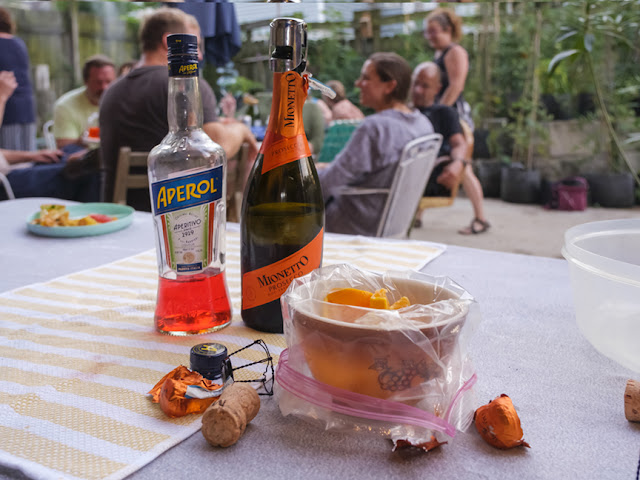 Some friends had a potluck dinner last night. Despite the heat, it wasn't too bad to sit outside once shade covered the patio. Our hosts had misters out, which kept everyone comfortable albeit with soggy napkins.

Since my culinary skills are limited, my contribution was a pasta-teriyaki-chicken-sesame-orange-spinach-and-stuff salad I found in Potlucks For Dummies. The big hit, though, was my Aperol spritz bar. We were introduced to this by a photographer friend in France and it's the perfect summer drink: half Aperol aperitif, half prosecco, orange slice and ice. Many guests were unfamiliar with it but it was a big hit.