STL DPB ON THE ROAD - BECAUSE IT HURTS TOO MUCH 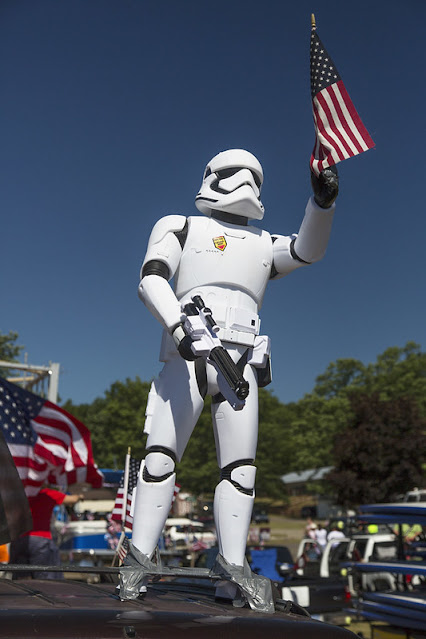 We are home again, at least for a few days. I did not get out to photograph any Fourth of July activities yesterday because it's just too damn hot (worse the rest of the week) and you have to arrive hours early or park a long distance away to get to the parades and fireworks. I'm not up to it.
And the U.S. had another mass shooting yesterday, this time at an Independence Day parade in a suburb of Chicago. It made me think of this picture, taken a few years ago at a July 4 parade in Harrison, Michigan, that seems to sum it up. We will be in Harrison in eight days, not to see the Imperial Storm Troopers but because it is near where my son and his family live.
Destructive climate and violence around here. You don't have to make a choice.
Posted by Bob Crowe at 12:01 AM