WAITING FOR THE B2 OR MAYBE GODOT 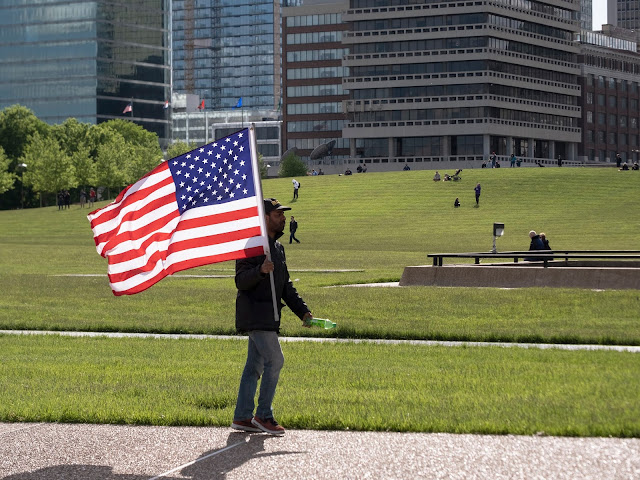 Our wonderful government has been sending military air displays around the country, ostensibly as a tribute to healthcare workers. I think it's Trumpian swagger. Some places got the Air Force and Navy's stunt flying teams, the Thunderbirds and Blue Angels, and I gotta admit they are pretty cool to watch. We got a flyover on Friday by a B2 stealth bomber, one of those planes that looks like the Bat Signal in the sky.

A couple hundred people and I turned out under the Arch at the appointed hour, assuming that was the logical starting point. We waited and waited and waited. No luck. The specific location of the flight path had not been released. The plane went much farther west, away from the river. People eventually drifted away in disappointment. Unlikely any of them were named Estragon. 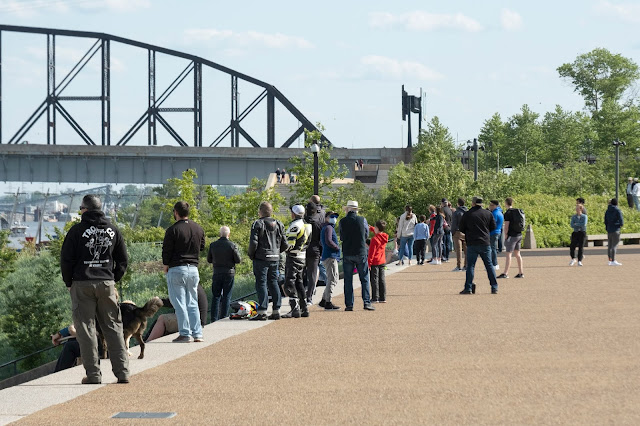 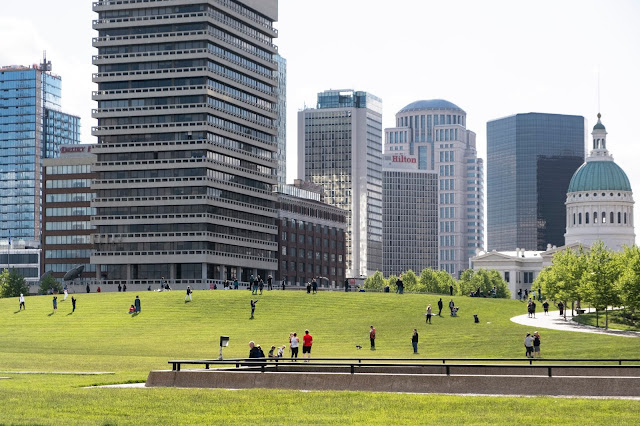 Our Snowbirds are doing the same here.

I positioned myself just right and got a few shots of the National Guard’s flyover. I’ll blog about it soon.

I wonder why they didn't publish the flight path. They did here for both of our fly overs. I would have liked to see that stealth bomber again.

That was a disappointment. No social distancing in the second photo I see. :(