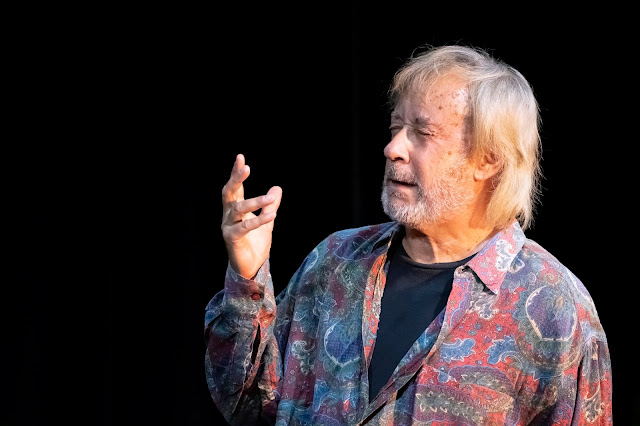 So much material still to go through from the Act Your Pants Off show, so little time. Once again, no record of names but I've seen two of the four performers before. Joe-something. Hanrahan? A fixture of the local theater scene. Don't know her but I like her sign. Don't know the next woman, either, but she had a hilarious shtick, playing a middle aged Jewish widow who carries her late husband's ashes around in a coffee percolator. And, um, hunky guy seen in other AYPO shows.

And the main Fringe season starts in two and a half weeks. 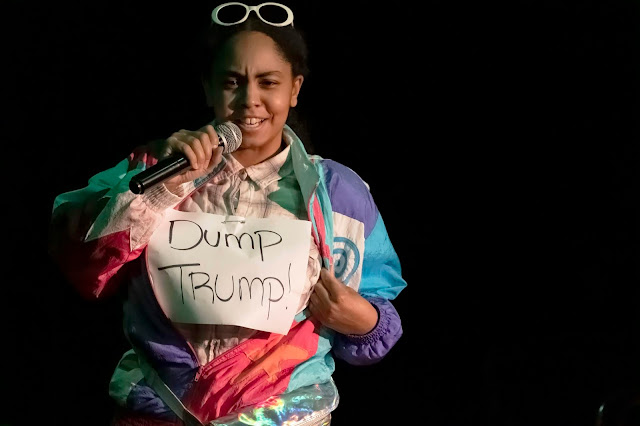 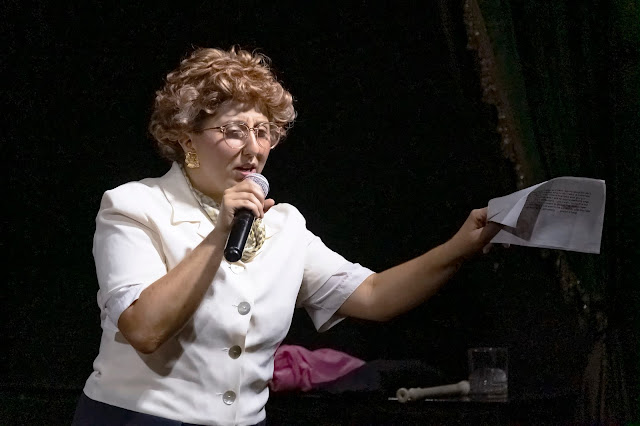 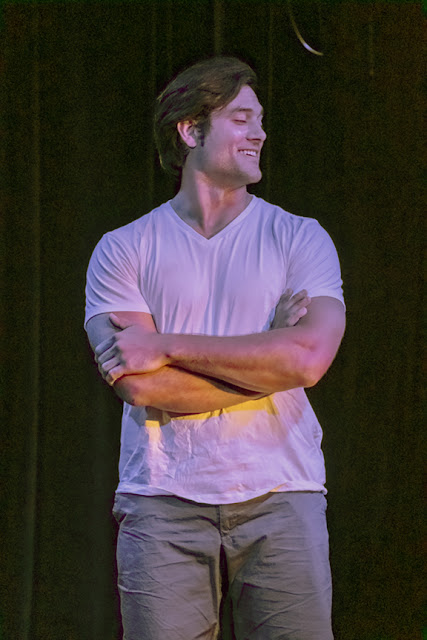 What if she forgets and brews a cup of Late Hubby?