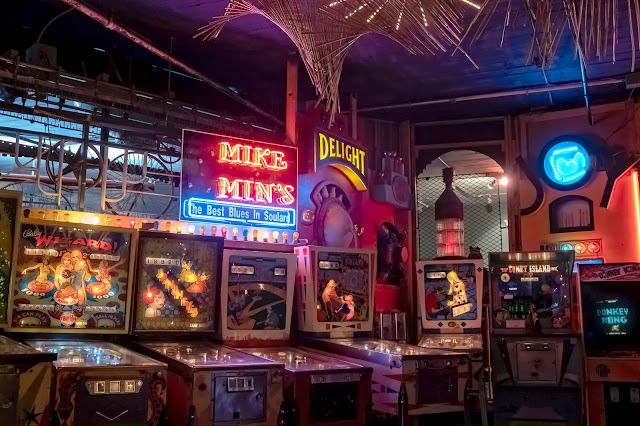 I played a lot of pinball when I was in law school. After all, the only reason I was there was to get credentials that might lead to a paycheck. The tables were so much more seductive than my class on the Uniform Commercial Code. My best friend and I were almost late to our last final exam because we had 23 free games racked up on our favorite machine.

The City Museum has a good collection of old ones. Just out of the frame to the left there is a table called World Series, maybe from the 60s. American fans will instantly recognize the setting as Wrigley Field. How inappropriate for the name.

Meanwhile, Ellie found a small table with 38 year old versions of Pac Man and Space Invaders. They were just demos, not full versions, but she was fascinated. Maybe there is something in the genes.

The reference in the title of this post is, of course, to this. 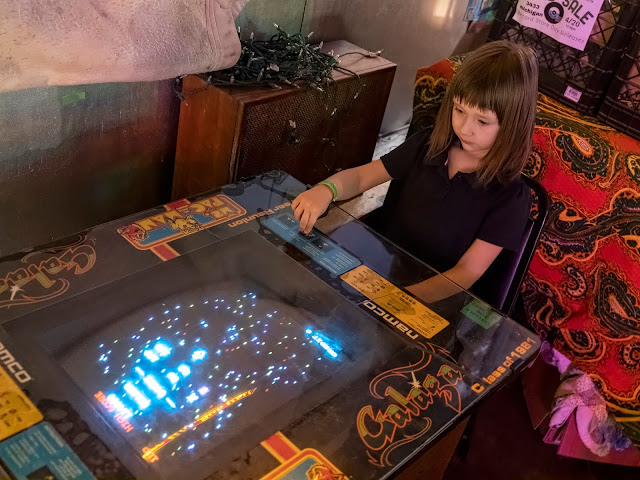 It's rare to see those machines anymore.