BLOW IN MY EAR AND I'LL FOLLOW YOU ANYWHERE 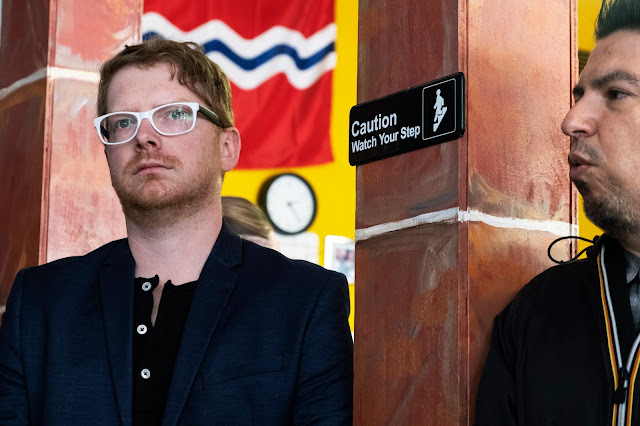 Um, the caption is just a loose association that popped into my head when I was massaging this picture in Photoshop. It was an often-repeated line on Rowan and Martin's Laugh In years ago, hinting at, let's say, a bit of a naughty meaning. The meaning, like beauty, was in the eye (or ear) of the beholder.

Google told me that there was also a punk song by the same name released in 1967. You have to hear it to believe it. Don't let the waltz time in the first few bars fool you.

Anyway, the reason I was down on Cherokee Street was the opening day of Counter Public, a three month on and off, here and there visual and performing arts festival. It kicked off with a walking tour with our docent (whose name I didn't get) and the owner/art director of El Chico Bakery (whose name I didn't get). We saw a lot of stuff. More to follow.
Posted by Bob Crowe at 12:01 AM