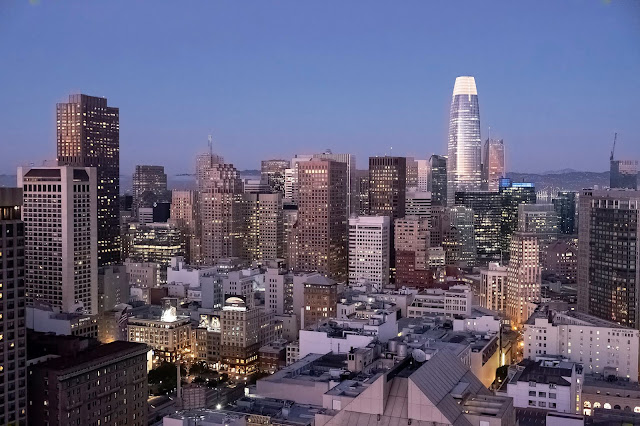 Flew into San Francisco late yesterday afternoon. We really lucked out at the conference hotel and got a room on the 42nd floor with a sweeping view to the northeast. The tall building on the right is called Millennium Tower. It has sunk 17 inches/43 cm into the ground since construction. You can't see it in this picture but it is tilting a bit. Many people who bought zillion dollar apartments find that they are now nearly worthless. Lots of lawyers and engineers have all the work they can handle.

Just south of our hotel is a neighborhood called The Tenderloin, perhaps the worst in the city. As the taxi drove through, we saw many homeless people, rundown buildings and cheap hotels.  A man was was lying prostrate on the sidewalk being tended to by emergency medical technicians. There seemed to be a liquor store on every corner. There is no place for low income people to live here. Our driver told us that the median price of a house in the city proper is $1.3 million. 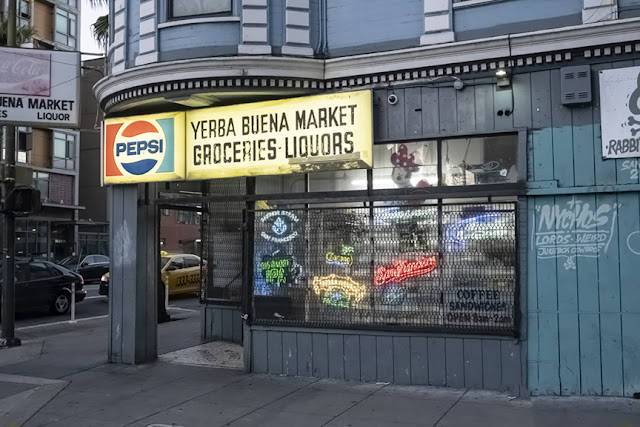 Housing and rental pricing are big problems in some of our cities as well, particularly Vancouver and Toronto.

That tower having that kind of problem- it makes you wonder how long it'll stand before a decision is made to tear it down.

Welcome! Do try to see some of the beauty too, ok?

I'm with Cloudia. Welcome! Most (dare I say 'all'?) large cities have multiple undesirable attributes - and right now homelessness seems to be rampant everywhere, even in smaller towns. I hope you are able to see/experience some of the many good things San Francisco has to offer. Good pics, btw.