Signs In The Street (In Saecula Saeculorum) 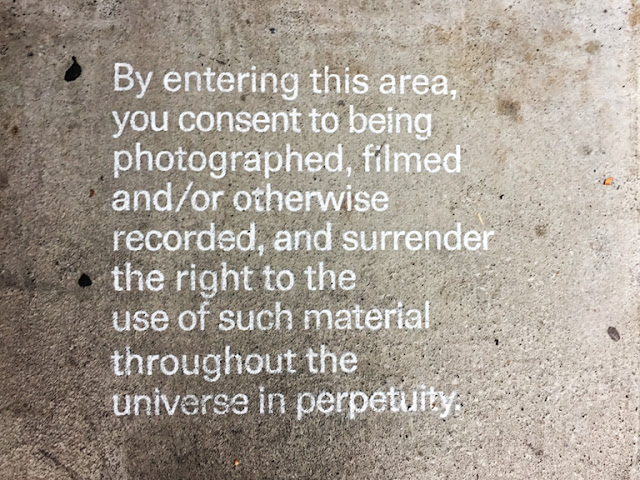 Most of the time you need to keep your gaze forward while walking the streets of New York. Don't run into the hoards of other pedestrians, food vendors' pushcarts, potholes or traffic. (Although New Yorkers, including me when I'm back, have a particularly aggressive way of crossing the street, as if saying to oncoming drivers C'mon. I dare you to hit me. I've got a badass lawyer.)

But sometimes you should look down at the pavement for unusual detail. The words in the first picture are painted onto the sidewalk at the entrance to the International Center of Photography, much beloved of us shooters. For ever and ever throughout the universe? So, after our species extinguishes itself, which does not seem a remote possibility, the computers that may replace us can use your image millennia from now on billboards on Tatooine? The lawyer in me says nobody who enters the building sees this and the release is unenforceable.

Further down, playing cards that have somehow affixed themselves to the sidewalk on E. Houston Street (New Yorkers pronounce it HOW-stun, not HOU-stun), and a stencil that is all too believable. 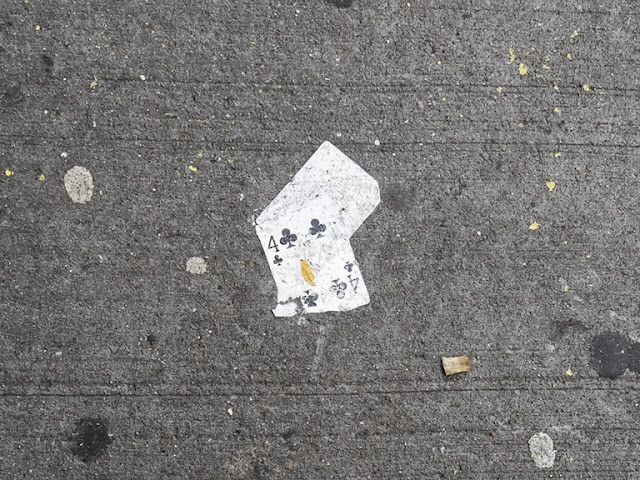 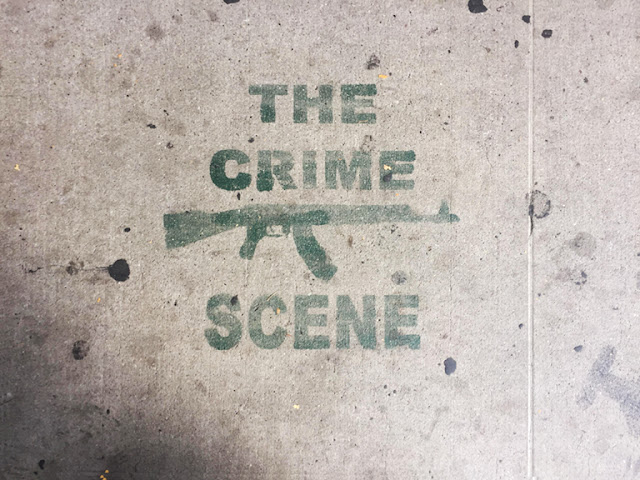 I'm glad you spotted these. I love them.