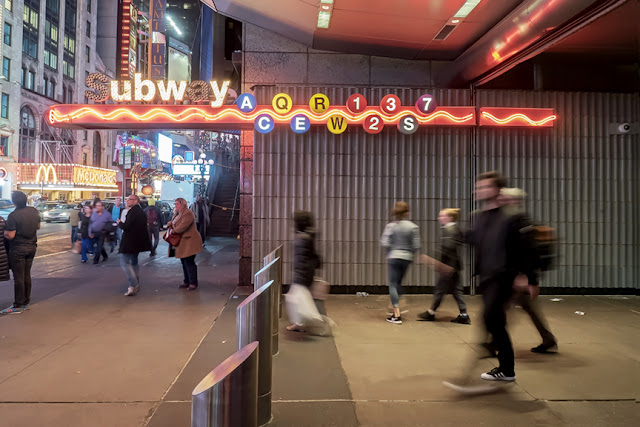 New York, New York's a wonderful town.
The Bronx is up and the Battery's down.
The people ride in a hole in the ground.


I started riding the subway by myself in seventh or eighth grade, then used it to commute to high school in The Bronx for four years. Fifty years later, I found that there were so many portraits I wanted to make in the cars: the middle-aged Asian woman with weary eyes, her teen-aged daughter asleep on her shoulder; the beautiful young Latino couple standing by the door, much more aware of each other than the next stop; all the runners who had just finished the marathon, weary but proud, draped in their blue thermal capes; the Middle Eastern man who graciously gave up his seat to an elderly gentleman; the innumerable people absorbed in their smart phones. (There is free WiFi in the stations now, although not in the tunnels.) Nobody reads the newspaper in the subway any more.

But it's not easy to do that, even with a little camera with a flip-out screen. Everyone is so close together inside the cars. It could possibly get you in trouble, and there's no place to back away when the train is in motion. The platforms are easier to work with. 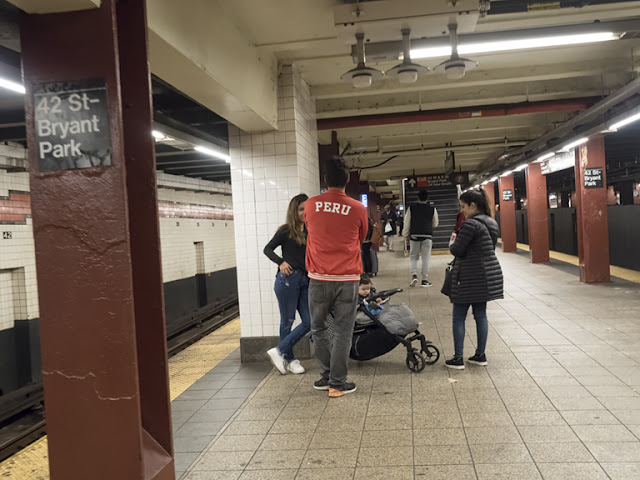 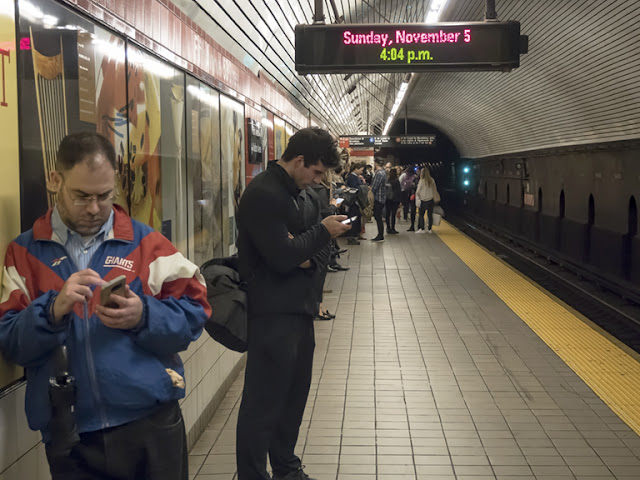 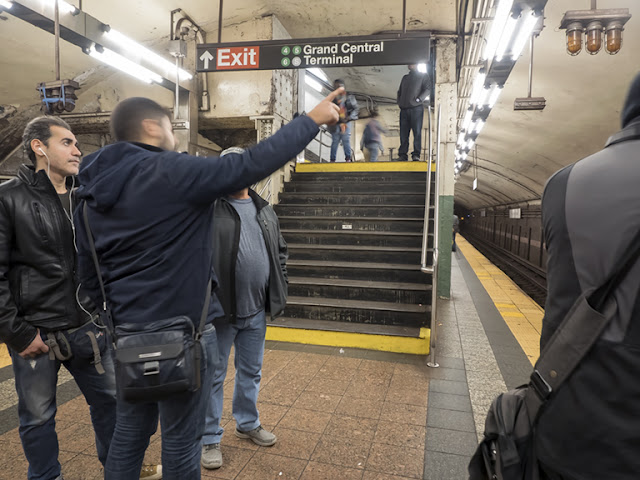 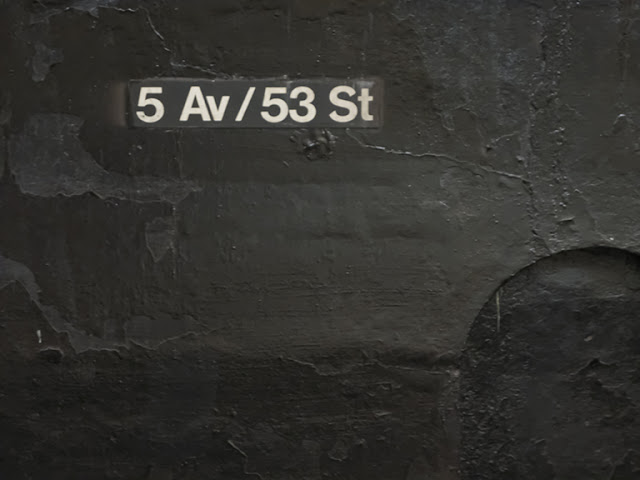 If you ask for a portrait, and give them your card I'm sure you get a few good New York portraits.