Roosevelt Island is a very unusual bit of New York. A long, narrow island in the East River between Manhattan and Queens, it was known as Welfare Island when I was a kid. The development started with a tuberculosis hospital in the 19th Century, apart from the slums of the center city and the beneficiary (back then) of fresh air. Other public hospitals were added which, over time, fell into disuse and disrepair. In 1971, redevelopment began to turn it over to mostly residential use and its name was changed.

It is quiet, a bit isolated, yet right in the face of midtown Manhattan.  There is one small bridge from Queens, a subway link from both sides, and an aerial tram to 60th street and Second Avenue. The low and mid rise apartment buildings on island itself are not that photogenic. The main attraction is the spectacular view to the west in morning light.

There is a park at the southern tip dedicated to FDR's memory. On a November afternoon, workers used air blowers to send the fallen leaves into the East River. 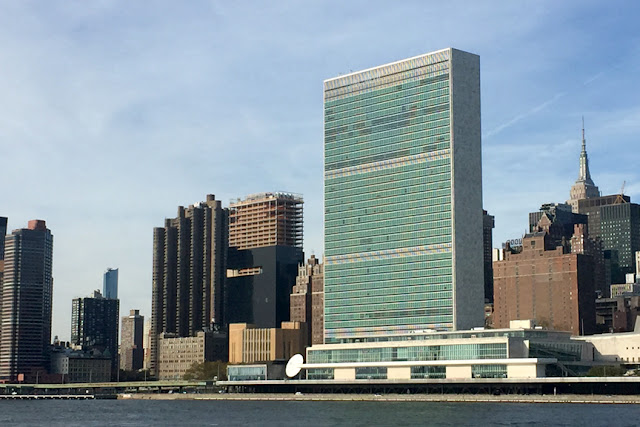 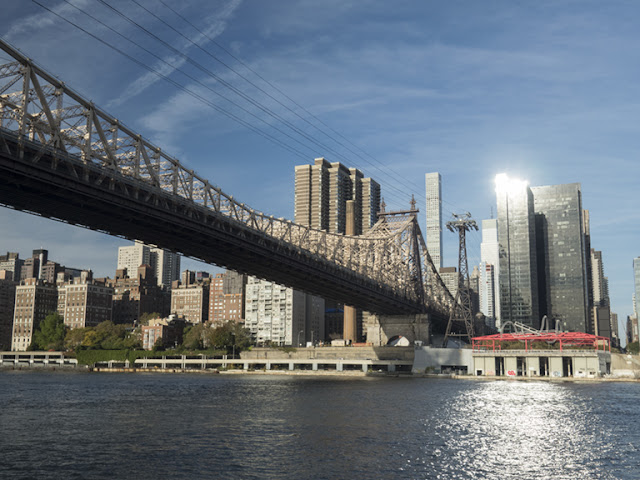 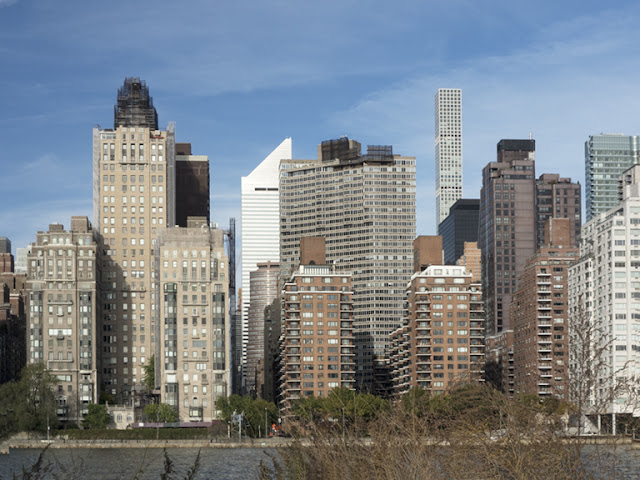 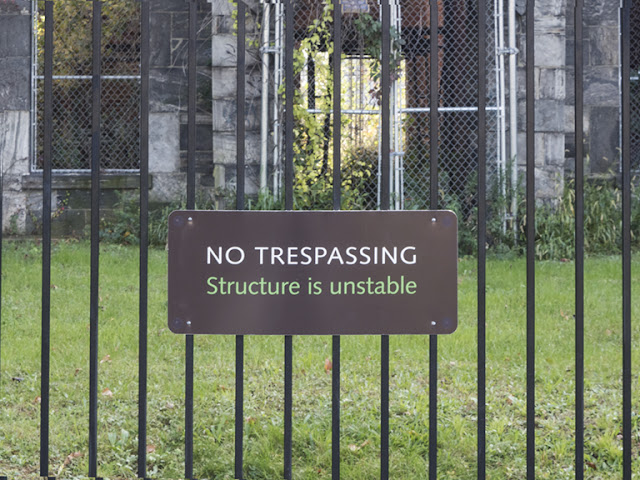 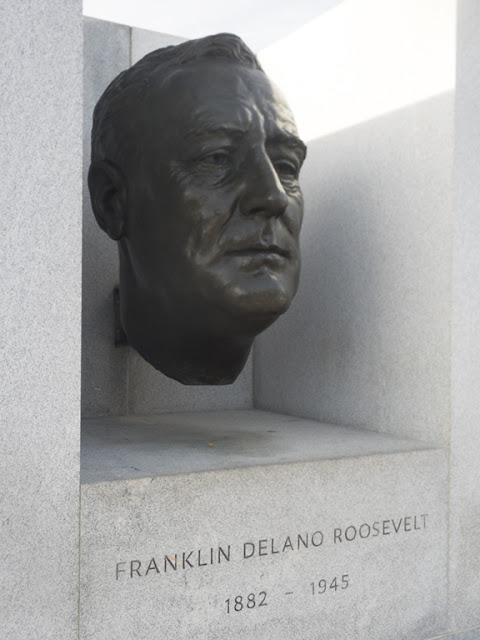 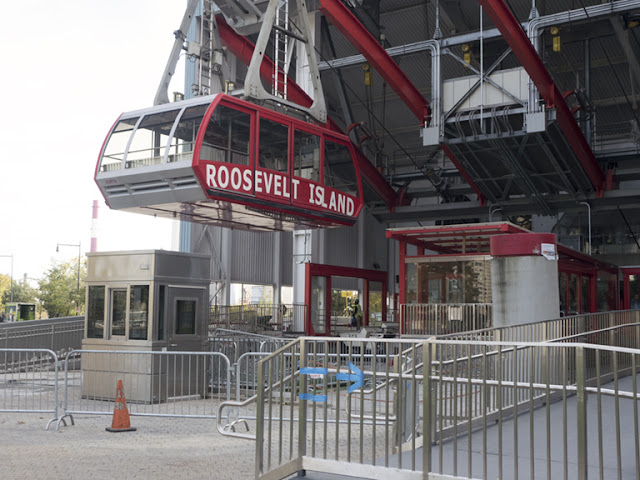 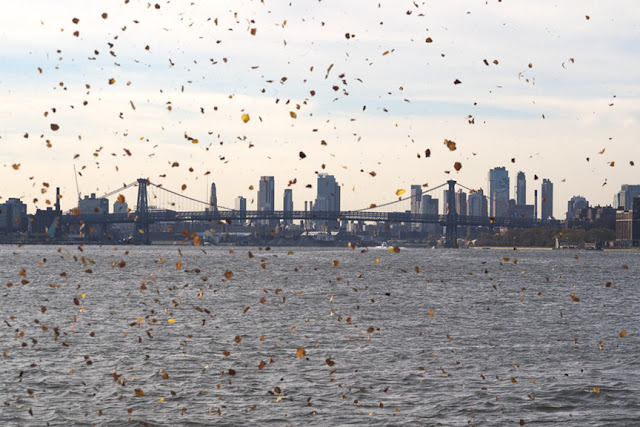 Iconic views. The leaves in the air like that tend to give the shot an artistic sensibility.