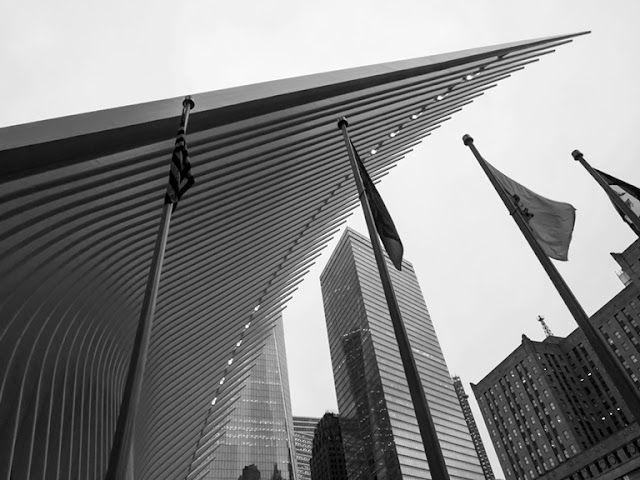 One dictionary defines oculus as a circular or oval window or a circular opening at the top of a dome.  I do not know how this new building at the World Trade Center got its name.  It has ribs that flare in like a cathedral ceiling and then back out like wings. The general shape, seen from above, is something like a football; maybe sort of oval. The eye reference may be that it contains a major transit hub, completely reformed after the tragedy of September 11, 2001. Then throw in an upscale shopping mall (there are Apple, Kate Spade and Hugo Boss stores). The name doesn't exactly work, other than it is memorable.

But it is such an eyeful! Every angle, every view has something uniquely interesting. Sometimes, like in the second picture, you get the tower of One World Trade Center in the frame. 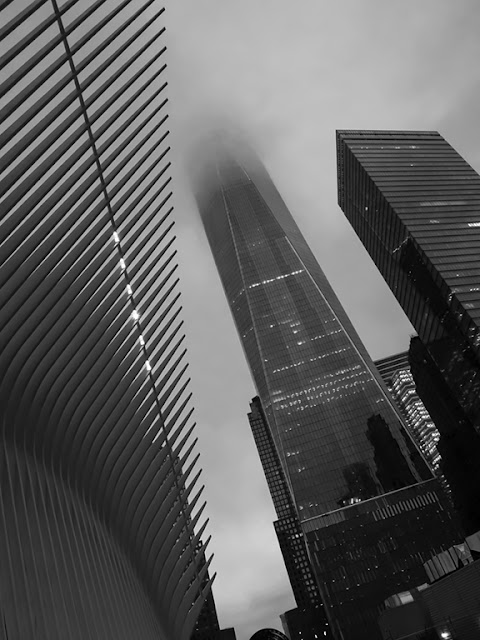 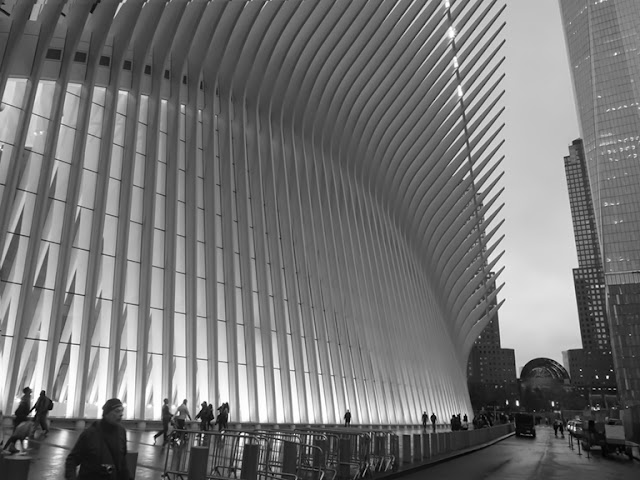 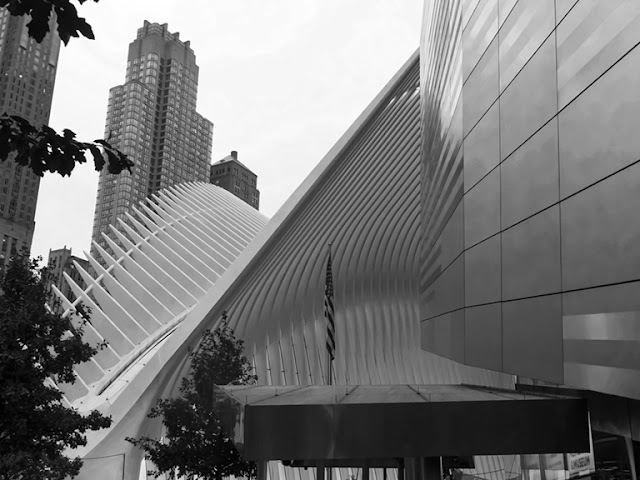 Fascinating architecture, but like you say, it doesn't really fit in with the classical definition of the word.