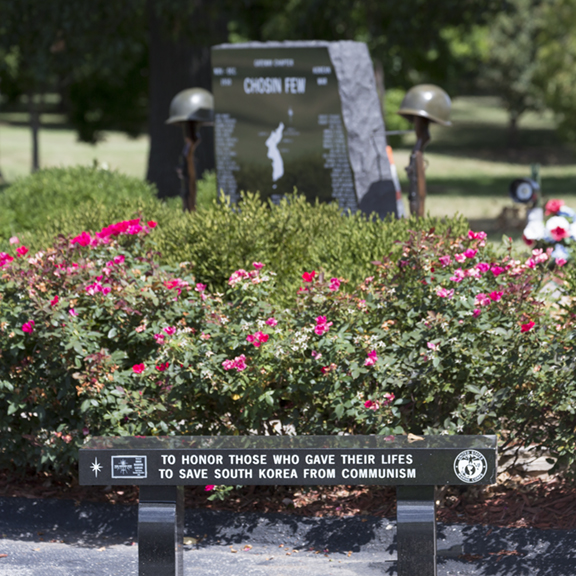 There is a seldom-visited and almost hidden Korean War memorial in a corner of Forest Park. I confess I'd never seen it until yesterday. (For locals, it's just east of the Jewel Box.) Given recent days' headlines, it was a bit of a jolt.

The monument refers to a particular battle in the far north, using a horrific pun. I think it's disrespectful. Plus more grammar errors: "lifes" and "minus 40 below zero." And recall that, at first, communism's intentions were honorable. If you know anything about the conditions of industrial workers in the first half of the 19th century, you can see why it came about, or perhaps was necessary. However, its implementation was brutal and stupid. As Winston Churchill said, democracy is the worst form of government ever invented except for all the others.

I've been on a break. It's likely that readers have had enough of my grandchildren and I had no new material. Things will get very busy soon, with the St. Louis Fringe Festival starting next Saturday and Madeleine's fourth birthday on the following Sunday. Oh, and then there is the total solar eclipse. We'll be right under the center of totality. 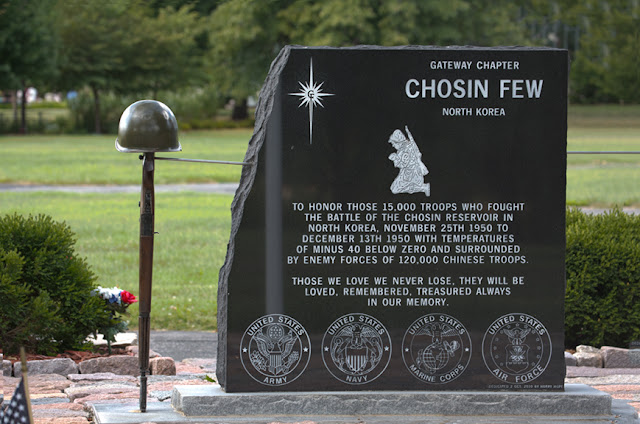 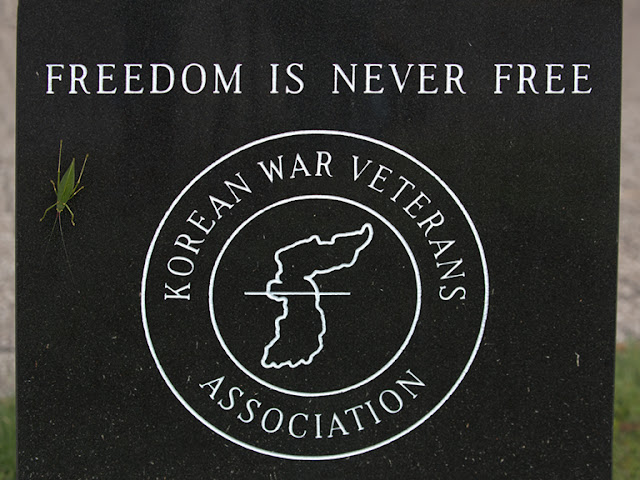 The grammar would drive me nuts.

Our Korean War monument is rather understated.

Just so you know Bob.. I personally will never get tired of seeing your gorgeous grandchildren ☺

Hey, I'm with Grace. I love seeing the grandkids! That error on that monument is quite a distraction.

War monument is rather understated.