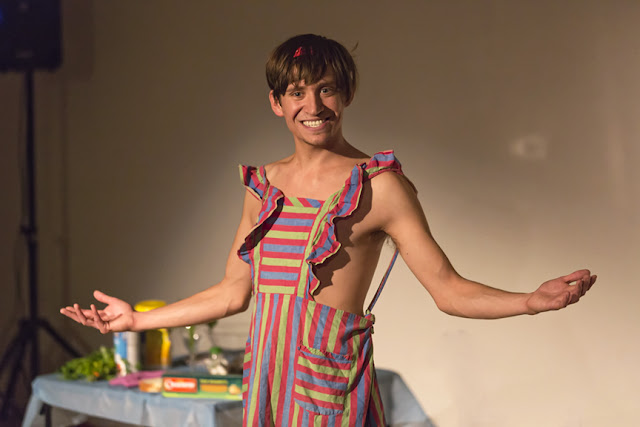 This Fringe show was, um, unique. The festival description says that "John Michael needs your help with his mom's meatball recipe to raise her from the dead so she can meet his new boyfriend. Join JM, as he learns how to have relationships with the living and the dead." Well, that and more. Cooking meatballs on stage, throwing fennel at the audience, drawing people out of the audience "to be my boyfriend," and swizzling beer. Fringe executive director Matthew Kerns made a cameo appearance at the end. You had to be there.

Afterwards, I told John Michael that his enormous smile and the plasticity of his face reminded me of Jerry Lewis. He said that pleased him. 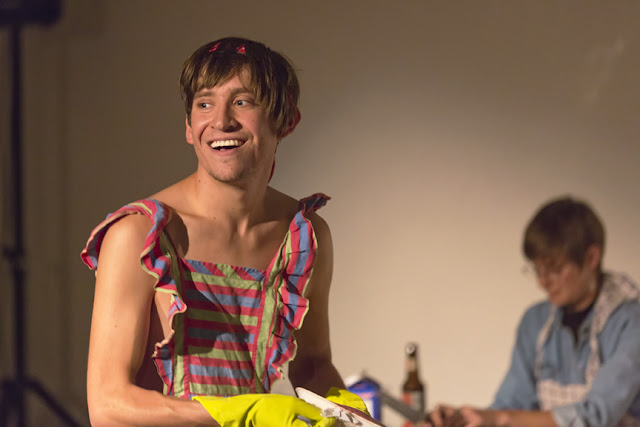 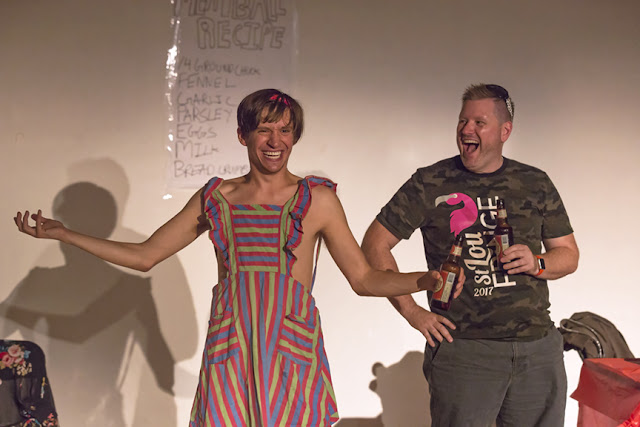 That sounds like quite a show full of laughs.