Friday Night At The Fringe 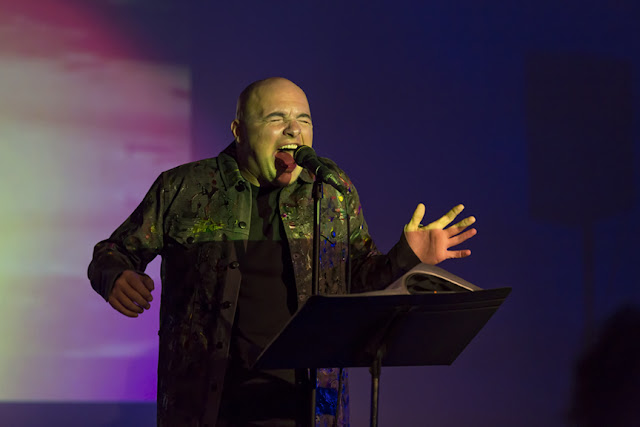 First night of shows at the St. Lou Fringe Festival. I have so much to edit. I'm going to try to post one photo from each show ASAP and then go back for other good ones when  time permits.

Top: Matthew Marcum in a one man show that explores the artistic technique of Jackson Pollock through a collage of personal quotes, extended vocal techniques and pulsating music. Film clips of Pollock painting were shown on the wall behind him. It blew me away.

Center: a one act musical comedy called Liberals vs Zombies vs Conservatives. The stereotypes are easy to spot. In the end, both sides unite in the face of global apocalypse. Make you think of any other situation?

Bottom: Brittanie Gunn performs a very unusual monologue called Hot For TREX. She portrays a writer of what is called dino-erotica, with novels including Hung Like A Dinosaur, The Flirtatious Period and Getting Dino-Sore. (I'll leave the rest to your imagination.) She tracks down people who have written blistering online reviews of her work and tears into them without mercy. 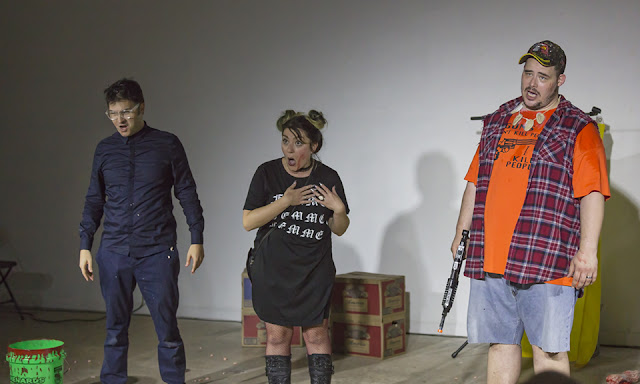 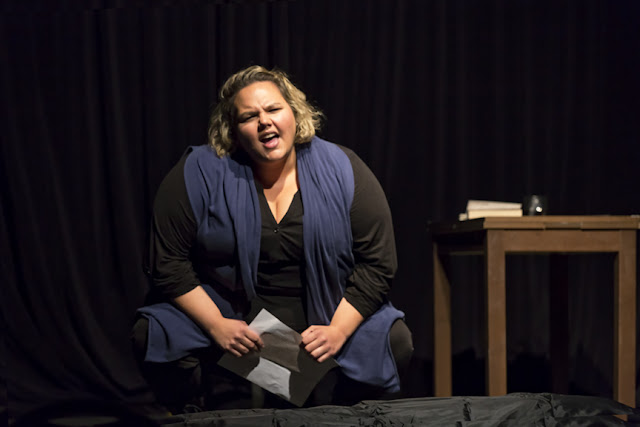 Yes, sir! The audiences have loved hearing excerpts from several stories within the show!

You do such a fantastic job with these photos.