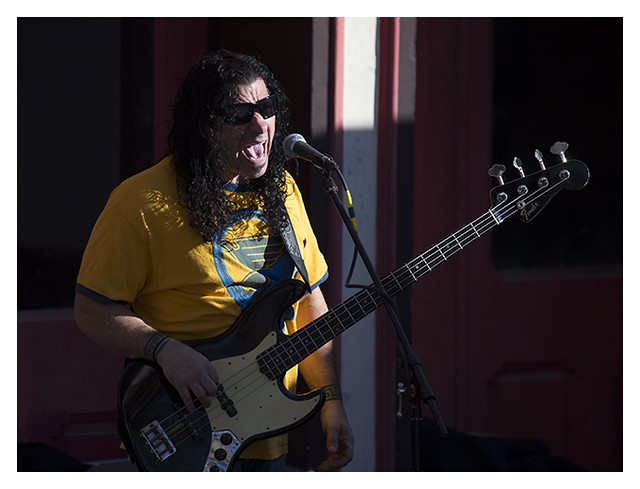 Or howl at the moon, whatever you'd like to call it. There is a bar here called that. These musicians, probably hired by the local business association, were playing on the sidewalk in Laclede's Landing outside of the defunct Heartbreaker's Rock and Roll Saloon. A number of bars and restaurants in the district have been shuttered because the fine folks renovating the Arch grounds blocked the most convenient access with construction. And no compensation offered. 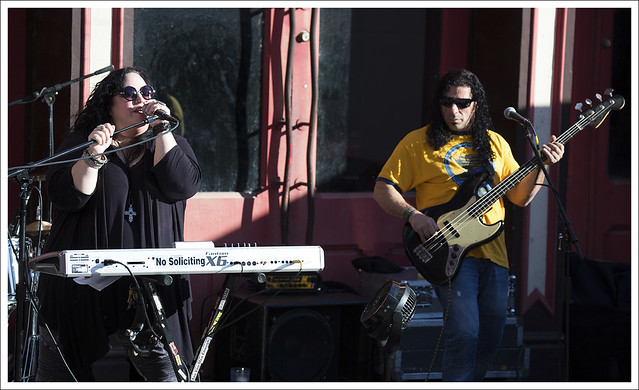 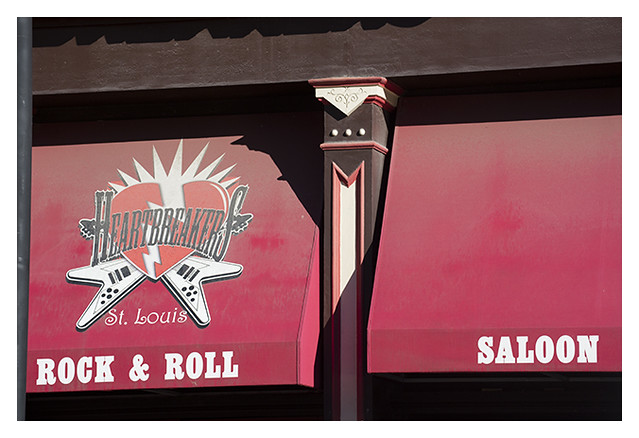 On the other hand, the owners of the Four Seasons Hotel and Lumiere Place Casino did a better job with the French flag last night. No cedar of Lebanon sighted, though. 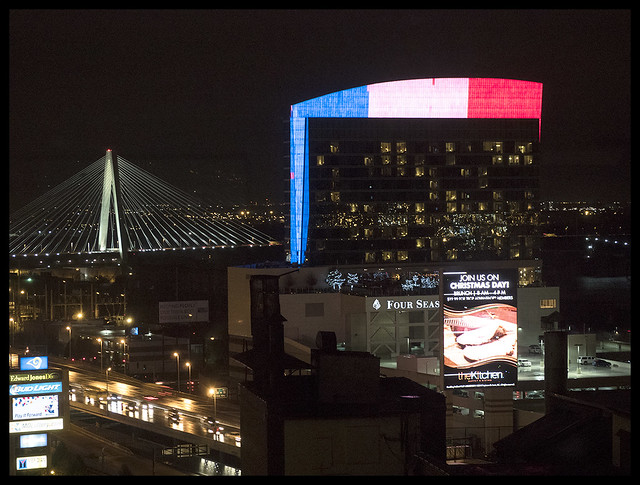 Oh yeh! I bet the government wouldn't have allowed the casino to close while the repairs to the Arch were in progress :) As if it's not hard enough for small business!

Small businesses are at best an afterthought.

The bridge in the last shot is interesting.

Love the first photo and his hair.