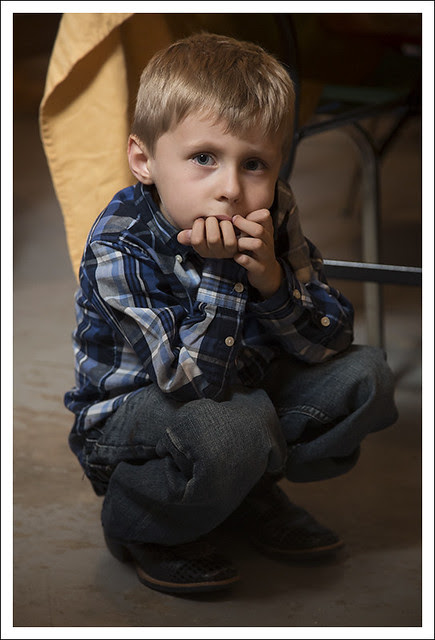 I'm about out of local material so I have to draw on Kansas a bit more. I've lost track of all the kids on the Kruse side of the family. (The Crowes have been less prolific.) These are a couple of them who are on the shy side.

Above is Brody, grandson of my wife's sister, at Grandma Kruse's 95th birthday party. He was not engaging the rest of the crowd but his eyes met the camera. The little girl below is Sidney (I think that's how it's spelled), one of the many grandchildren of my wife's brother. She is being held by Dr. Kristin Kruse, the wife of my wife's brother's son . . . it all gets so complicated. At one point we were trying to figure out the relationship of my granddaughter Madeleine to these moppets. The calculus is too difficult. 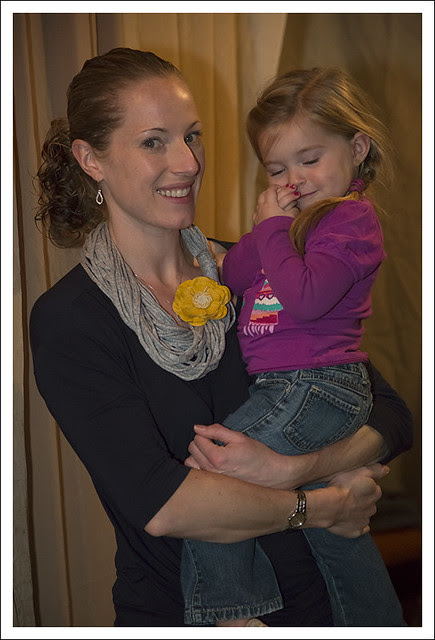 I am sure that the large, extended family is grateful to have a photographer as talented as you in attendance at family gatherings.

Both children are lovely but the top portrait is a amazing! Love it.

Delightful shots Bob, you captured a very sensitive first image here, just making this handsome wee fella comfortable enough to sit for you at all.

Truly exceptional I would say.