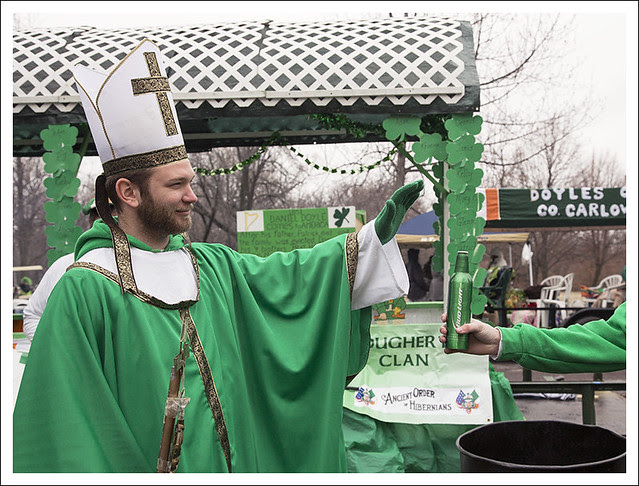 It's the reason for the season, at least for some people.  Here, Good St. Paddy himself blesses the beer. (I put him up to it.) Even the bottle is green. The second picture sums up the attitude of some of the merry-makers pretty well. I do not condone alcohol abuse and I did not see anyone behaving offensively at either of last weekend's parades. However, I'd rather have some public silliness than a stone cold sober town.

In this country, New Orleans leads the way in public silliness. And speaking of which, top o'the morning from The Big Easy itself. I have some actual work to do here until mid-afternoon. Then there is time for some shooting and dinner with a local friend. This trip, plus the general panic level at work, is the reason I've been light on comments on my friends' blogs. Home tomorrow. 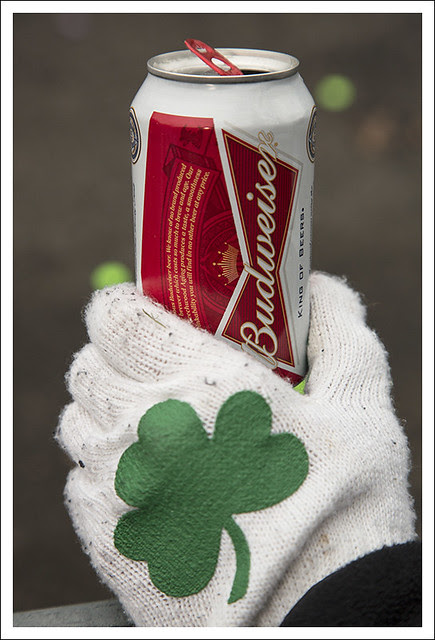