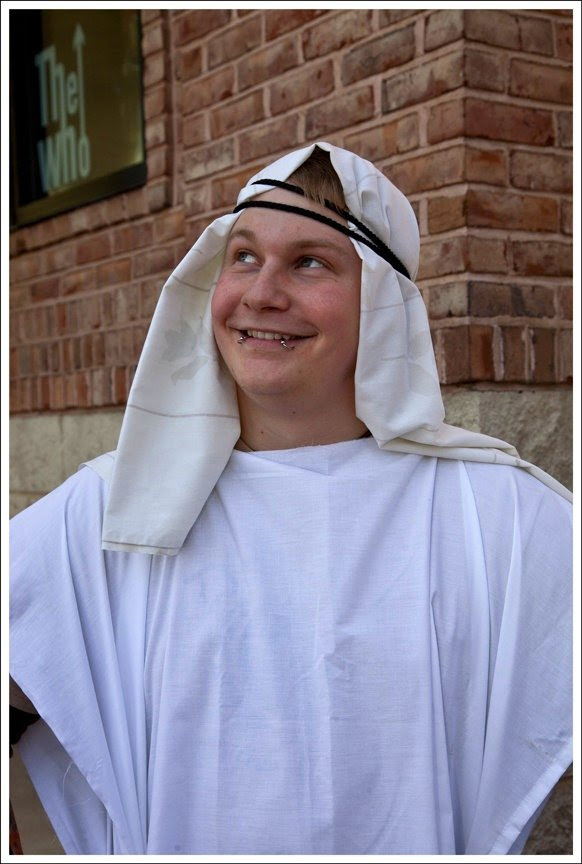 Miscellaneous pictures from The Idiotarod. Above: eyes on the prize, whatever that was. First below: the parting of the red C. I had to have that one explained to me. Last below: U.S. Marines on the move. That's some pretty good camo.

I edited a bunch more images over the weekend. Check the big set on Flickr here.

As previously mentioned, U "R" Us got the inside look at his city's version, the Chididarod. Sounds like a much wilder time than St. Louis. Our contestants didn't have to stop for at least 20 minutes at a series of bars. Great post here plus two sets on Flickr here and here.

Back to what passes for ordinary life in St. Louis tomorrow. 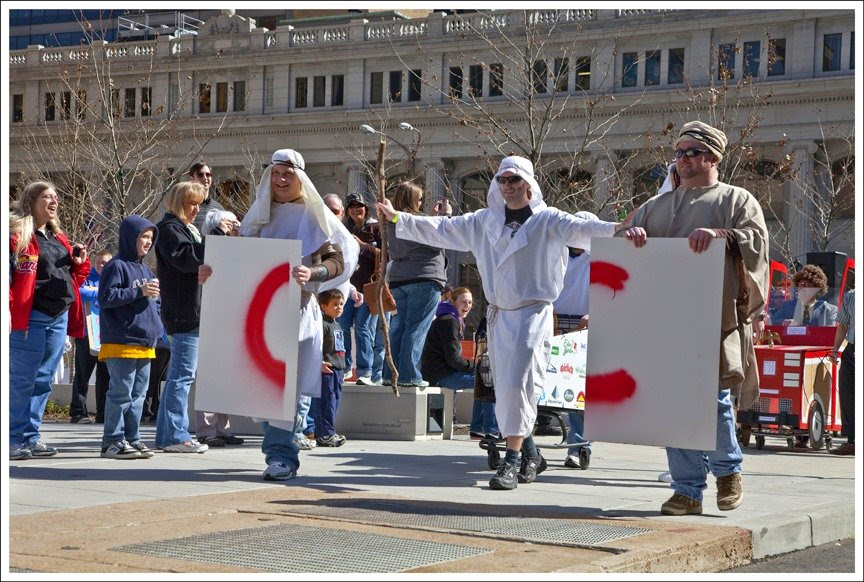 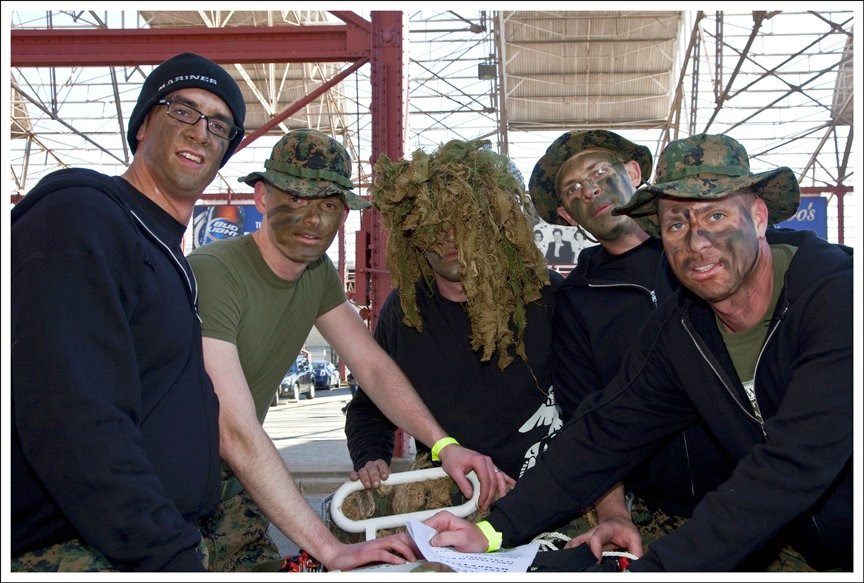 HA, I got the Red C without my coffee! Hilarious. I can't wait to see what A has on his blog too!
V

ROTFLMAO - The Parting of the Red C!
Sprayed coffee all over the monitor....

Oh, so clever. The camo headdress in the last looks like something I had in my soup a couple of weeks ago.

The teams did have to stop for 15 minutes at all five checkpoints. All but one checkpoint was serving alcohol - and most teams were imbibing!

The Parting of the Red C! Too funny for words. Tells me that I'm waaaayy too serious. Would never have thought of this.

You guys get around. First South America and now Union Square! If there's time for an Oaklander in your travels, let me know. Meanwhile, in advance I'm wishing you a happy anniversary.