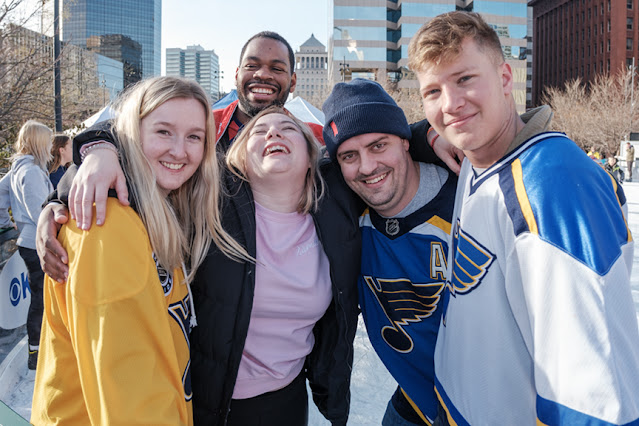 It happens to all of us who walk around with a big camera. It gets people's attention and starts a conversation, leading to a request for a photo. I met this group when I took Ellie back to the ice rink at Winterfest yesterday. Three of them were wearing variations of the jersey of the local hockey team, the St. Louis Blues (hence the "blue note" logo).

However, the man in the back was wearing a jacket with the emblems of the English Premier League football team, Arsenal. The woman in yellow is from Manchester, England. She told me she is a strong supporter of the Manchester City team and that Manchester United "stinks."