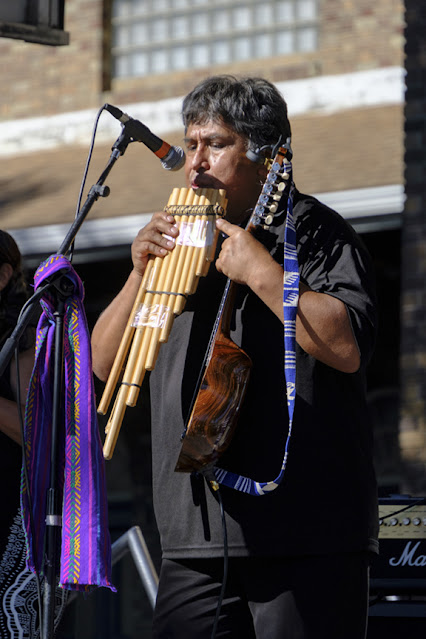 There are lots of kinds of Latin American music, much of it associated with dance forms. I'm most familiar with tango after being sucked in on our trips to Argentina and study after we returned. Still, there is a lot I don't know much about. The lead singer announced that the band was playing a cumbia, not something I could identify. We here in North America think of pipes like these as being from the Andes. Obviously, more to learn.