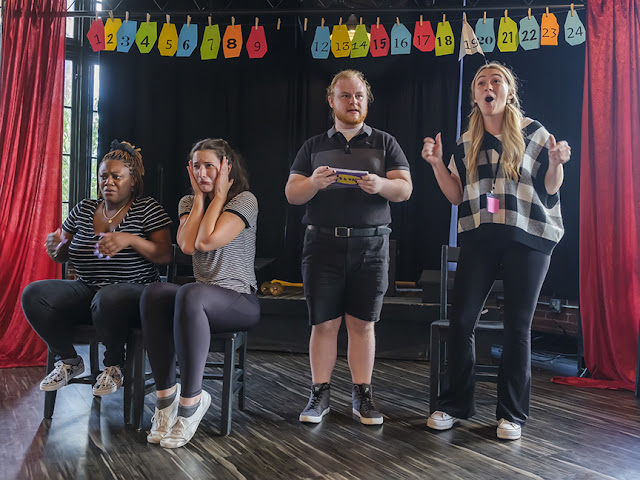 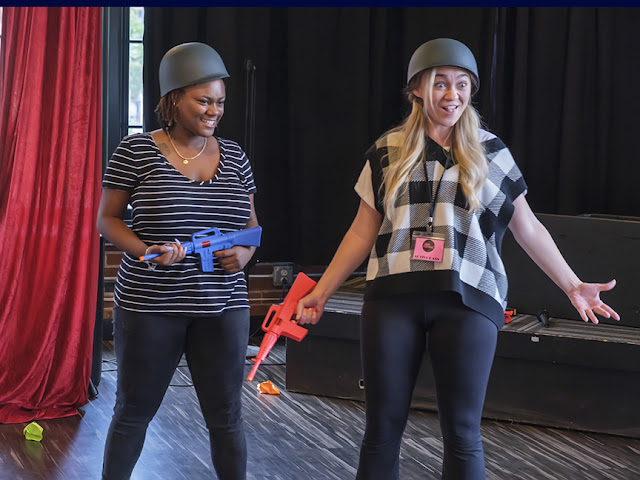 The name of the show is meaningless. It's just catchy, something that's hard to forget. Variations have been around for years. I saw a version of it in Chicago perhaps 15 years ago. The deal is that there are 24 scenarios for two minute improvs that have to be completer in 48 minutes. If the cast doesn't make it, the audience gets a treat. Here it was candy. In Chicago it was pizza. Way better.

The four actors were theater students from Indiana University. They were terrific, totally out full bore. The premises included "Masterpieces of the Lyric Form: Exploring Neitzschian Images of Superman in 'Crank Dat' By Soulja Boy" and "Three Year Old Interview: Pringles and an interview by a three year old, what could be better?" And each explained in two minutes.

I'm only half way through the Fringe shows I photographed. There is a lot going on in The Lou this weekend. I'll be featuring some of that with Fringe images mixed in. Who knows, I might have more than one post a day.

The images are storytelling in a way. Love the natural expressions they exhibit.