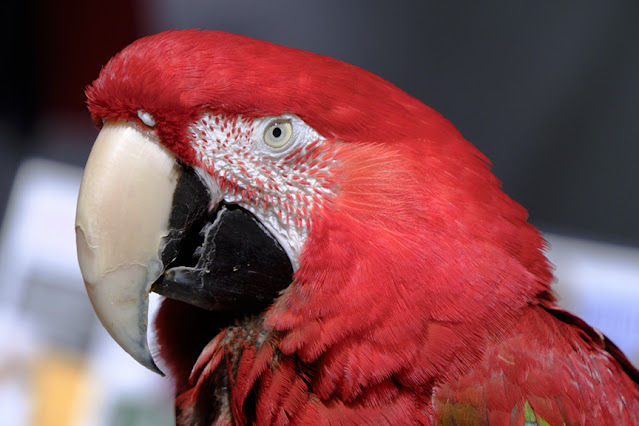 STL has a couple of annual events that come in twos, a big, official one involving a mass parade downtown and a smaller celebration that's more fun in one of the neighborhoods. St. Patrick's Day is one. The other is Pride Fest. There is a huge thing in the city center (I was out of town for this year's) and a smaller, more informal affair in Tower Grove Park. Everybody is friendly, the crowds aren't onerous, and people are happy to talk and be photographed.

I learned that this macaw was cared for at a wild bird shelter. Its handler said that it doesn't talk but will bite if provoked (note taken). She also said that it was found during a bust at a drug house. How it got there is anyone's guess.