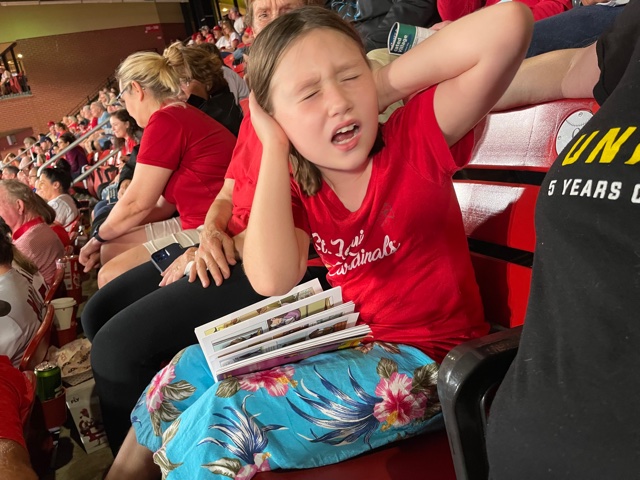 Haven't had the kid on for a while, although I wish it were under better circumstances. Except for baseball, I have little interest in sports. It was a childhood pleasure. We rarely go to games because it's so damn expensive but I took the family Saturday night for the next-to-last game of the season. A major drawback for all of us is the sound technology. The owners whip up the crowd with ear-splitting, thumping pop music we often don't recognize. (I prefer unpopular music.) It's past the point of painful and about drove Ellie mad.

When I was a boy I could get a general admission ticket at Yankee Stadium for what was in a kid's pocket. Hard to believe now, but there were once cheap tickets at Yankee Stadium. The only sounds were cheering and an organ. Seems blissful by today's standards.

Poor girl's ears...she sure looks like it was painful. So poor everyone!

It's the same here.