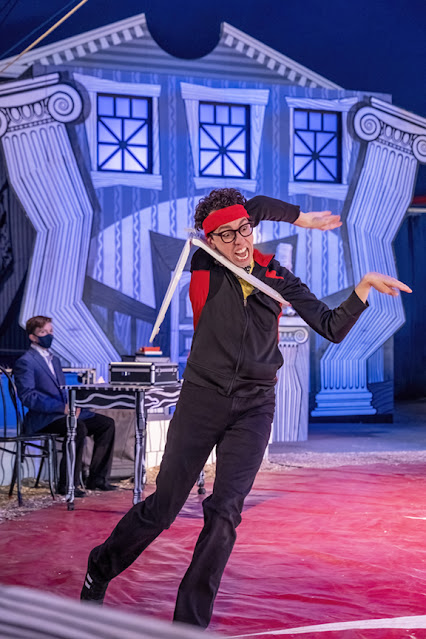 The caption has nothing to  do with combustible pastimes when I was in college.  The person who played the defense counsel in The Trial Of The Century was something of a contortionist (and not the only one in the circus). It's hard to tell from this straight on view but that's a toilet seat he is wriggling his way through. I thought that part of the point of a toilet seat is that you couldn't get through it. Potty humor. The kids thought it was hilarious. Plenty of their parents did, too.

Kids would appreciate that.

It's amazing how some people can pop their joints out of place and contort their bodies into crazy shapes.