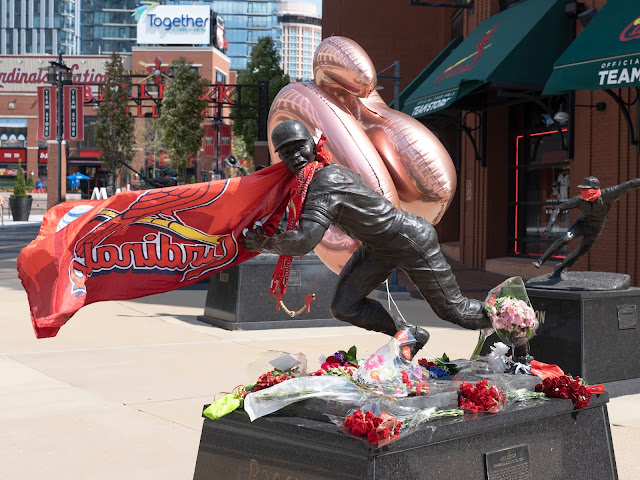 I mentioned in yesterday's post that another Cardinal great, Lou Brock, died Saturday at the age of 81. Although he was an exceptional hitter (the statue shows the moment he made his 3,000th base hit, something quite extraordinary), his great fame was from his speed and deceptiveness as a base runner. He set what was at the time the Major League record for stolen bases. It still remains the National League record. He had such skill at deceiving pitchers and such sudden speed that he was without peer.

These pages have noted before that the Cardinals are St. Louis' state religion. When Mrs. C and I went by here yesterday afternoon we found a growing mound of flowers and tributes. I expect it to grow. 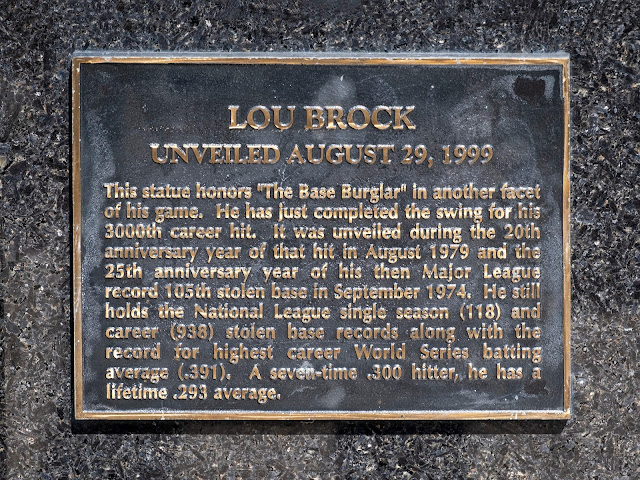 That's to be expected.