I COULD USE SOME OF THAT 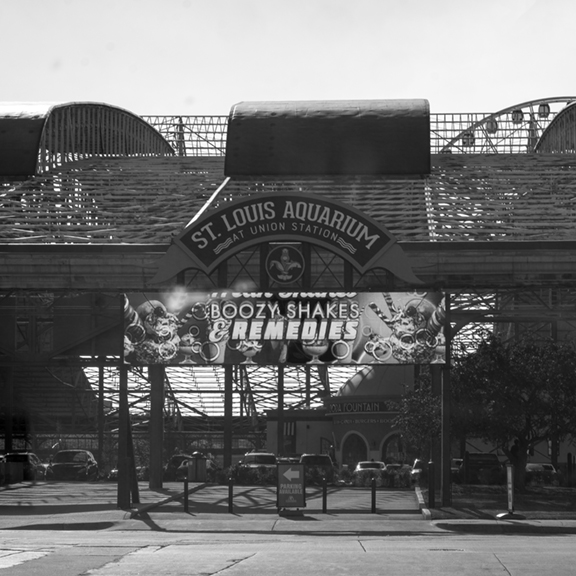 Part of what has become of St. Louis Union Station, once one of the grand railway junctions of America. It fell into disuse and great disrepair, after which it was remodeled into a restaurant and rather cheesy shopping center. That did okay for a while but after a time it  stopped drawing people from the suburbs and failed. The current iteration has a variety of entertainment attractions, a big Ferris wheel, mini golf, a rope climbing course and an aquarium. All quite overpriced but it was doing well enough until the pandemic. The wheel is open but I wouldn't go in it unless each car was fumigated between groups of passengers.

There is a restaurant simply called The Soda Fountain. It has a retro look, plays 50s and 60s music, and has a huge variety of ice cream concoctions. Apparently  you can get them laced with vodka or a liqueur. I might try that when it's safe to eat indoors.
Posted by Bob Crowe at 12:01 AM

I remember being there long ago on our trip from east to west and still see that little corner dedicated to the trains that once ran there.

I left St. Louis in the 60s but remember my first solo train trip. Yep, trains still run here but only carry freight (mountains of NC.)

time will tell what happens.