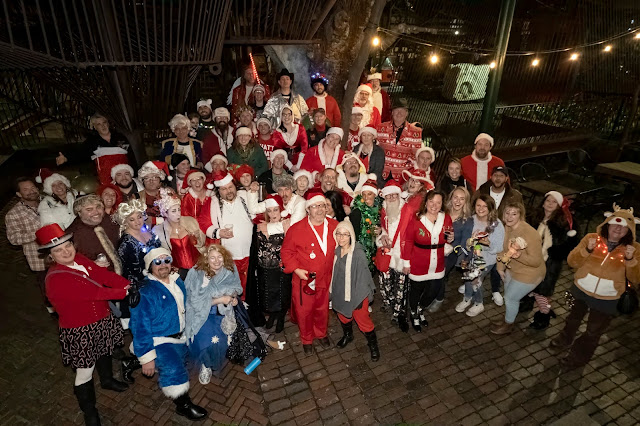 Lohr Barclay and my friends at Artica put on a wacky annual event called Santarchy. This merry group, wearing Santa suits or something suggesting it, met at 9:30 yesterday for breakfast and then went from bar to bar chanting ho, ho, ho until, theoretically, midnight. I take pictures all day, culminating with the group shot at the City Museum around 6 PM. That's enough for me although the group heads off to other downtown venues. I had already put in an eight and a half hour shift and they would have to pay me overtime after that. Since I was a volunteer, it might be problematic.

Lots more pictures from this to come. And we are getting our first real snow of the season today, which should be worth a snap.
Posted by Bob Crowe at 8:29 AM

It sounds fun, and quite a group shot.