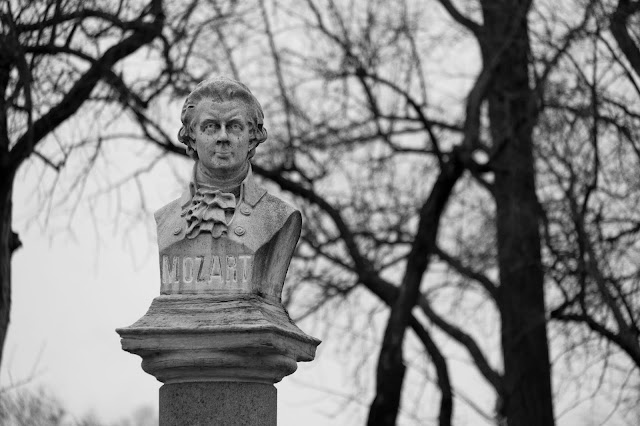 We are going to the St. Louis Symphony's  New Year's Eve gala tonight and I wouldn't be surprised if we heard a bit of Eine Kleine Nachtmusik.

This was taken at what is sometimes called composers' circle in Tower Grove Park. It's been on the blog a few times but sometimes I run out of ideas. A gazebo-bandstand is surrounded by marble columns with busts of Beethoven, Wagner, our friend above, Rossini, Tchaikovsky, Verdi and I'm probably forgetting somebody. The busts are all well-aged and a little ghastly. Who would we put on twelve such columns today? I have my opinion.
Posted by Bob Crowe at 12:01 AM

That's a good way to see out the old year.