THE IMPORTANCE OF BEING EARNEST 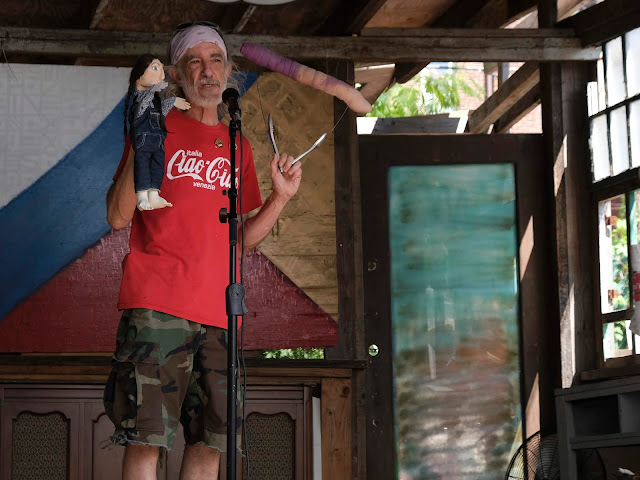 No, not in this case the sparkling Oscar WIlde play. People who presented at Artica's Show and Tell had serious and earnest artistic ambitions. The concepts may have been off the wall but the purpose was telling. Above, a puppeteer holds a farm girl and an earth worm, part of a show about soil conservation. Below, the audience was tuned in, too. These two were were also presenters. Since I was busy with images I lost track of who was doing what. 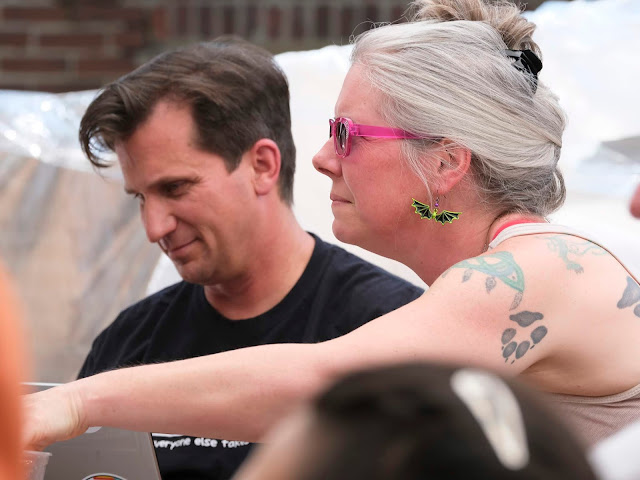