Why They Call It That 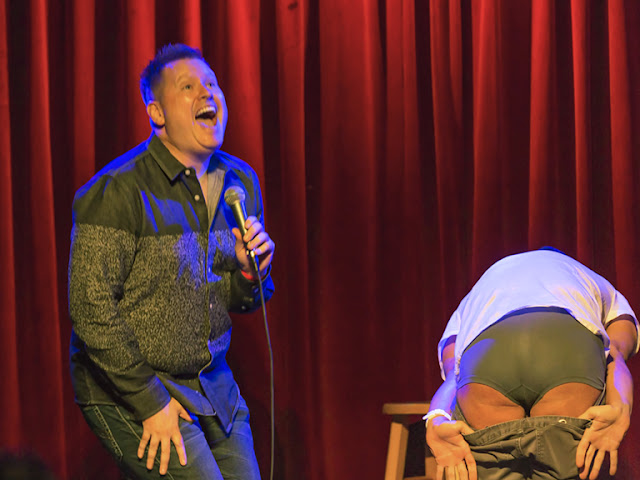 The Act Your Pants Off show has a couple of premises. There are a certain number of professional actors and comedians, seven this time around, and two rounds of performance. If I got it straight, in the first half each actor is given a (usually silly) monologue to perform. In the second round they choose their own, which can be serious material. However, co-MC Desere' Declyne calls out directions from the balcony, ostensibly to test a range of acting skills, telling the actors to do, say, a Home Shopping Network pitch as Mickey Mouse or Euripides as a revival preacher.

The audience buys "Fringe Bucks" for a dollar each and "tips" their preferred performers. This is totaled. In the second round the audience is encouraged to throw real cash at the actors, which they get to keep. When mistakes are made in the second round, the performers are in theory required to remove articles of clothing, hence Act Your Pants Off. Some bogus scoring occurs and an overall winner is declared. I might not have all the details correct but that's the general idea.

Above, Fringe executive director Matt Kerns feigns surprise over all this. Some performers really do have something to show off, like Alex Carnes, and Lola van Ella shows the right way to take off a glove. 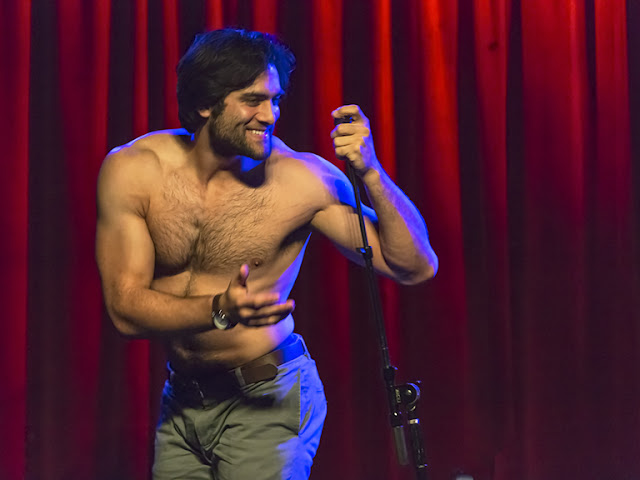 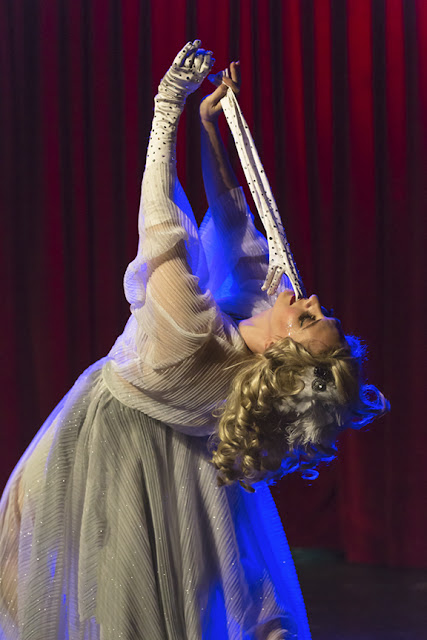 What fantastic photos and what an event!

Lola definitely does that well! :)

What a fun event for the performers and audience.