But Almost Nobody Does 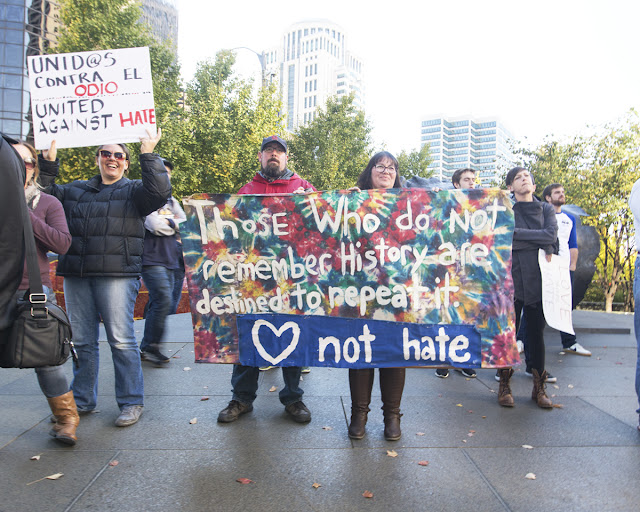 To overgeneralize, lots of people have short memories and hold long grudges. Some individuals, but not nearly enough, are seeing the risk of Muslim equivalents of the appalling World War II Japanese internment camps, worried about suppression of the press like in Russia and Turkey, or granting broad license to industrial polluters in search of profits.

But I will not soon forget President Obama: the intentions of good for the whole country, the clarity of his intelligence and above all, his dignity, a quality sorely lacking in his successor. We, his admirers and supporters, are not going away.

I think this is enough of this for now. There are lots of other photos on Flickr here and I may yet edit more. No other new local material so I may need to collect myself for a day or two.

Years ago, someone wrote a comment here criticizing me for just about never producing "the occasional rant." I hope I've made up for it over the last ten days. 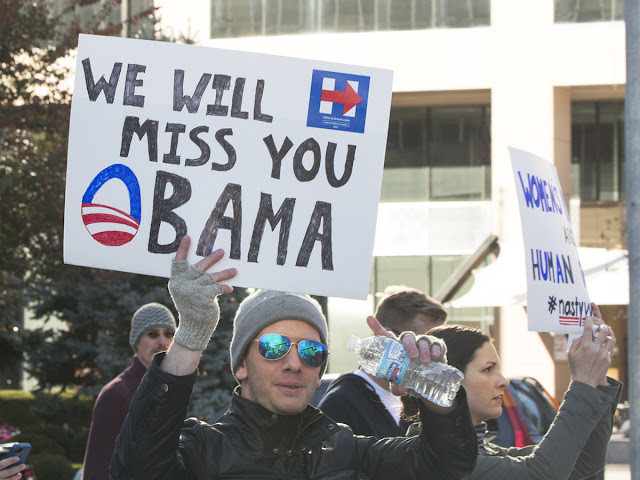 The world will miss Obama very much, his intelligence and calm performances.

I think that history will show that Obama was a great leader who was thwarted by a racist movement that snuck up on all of us and is now on full swing.

I know I'll miss President Obama. A good man, far better in every conceivable way than the odious thug that's coming in.

Agree with you and with what William said....I am so embarrassed by Trump's election.