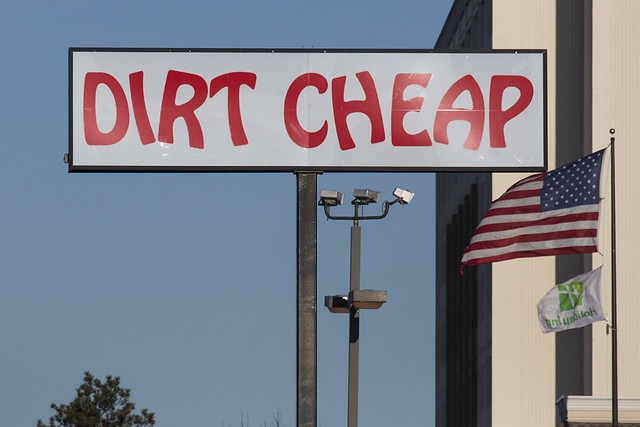 No one ever went broke underestimating the taste of the American public.

Today is what we call Super Tuesday in this country. It goes without saying that we have the most bizarre, convoluted system of electing our president of any democracy on the planet. Each state has its own process of selecting delegates to the parties' national conventions, done at different times and under different rules. The delegates select the candidates. The selection may be a foregone conclusion or there may be a free-for-all on the convention floor. The president is not elected simply by the popular vote. Each state appoints Electors, through a weird process better described here. It is possible to lose the popular vote and still win the presidency, as happened with George Bush against Al Gore in 2000.

As the comedian Yacov Smirnoff says, is this a great country or what?

So Super Tuesday is the day with by far the greatest number of state primary elections and caucuses. It has a big impact on the eventual nominee. It's just that the person who, at the moment, has the best chance of winning the Republican nomination, is an egotistical, unqualified, blow-hard buffoon who opposes most of the party's policies. And he doesn't raise many donations or advertise all that much. Dirt cheap populism by a billionaire.

(By the way, Dirt Cheap is a local chain of discount tobacco and alcoholic beverage stores. Its advertising theme is a person who runs around in a chicken costume shrieking "Cheap! Cheap! Fun! Fun!")
Posted by Bob Crowe at 12:01 AM

Hope it's not bad goes to worse.

Good luck with Super Tuesday. This sounds like an intriguing store.

Oh my gosh Bob, the political situation over there is a nightmare right now. A situation that affects the whole world! I can't believe voting isn't compulsory there, that's a huge problem I guess with many not bothering to use the power of their vote. We can only hope that common sense and decency prevails.

Well said Bob! I can't really believe what is happening right now. It's down right scary!

You and I agree on Trump, perhaps the most vile, repugnant human being currently alive.

The American election system is the best argument in favour of Westminster style parliamentary democracy.

2000 was the strangest thing ever for a democracy. At least seen from the outside...

Add me to the Trump fans...

Your photo for the day is brillo.

Caption and text raise a sigh. I share your views completely.

However I heard a French journalist on the radio today saying that our dispair with a character like Trump is very much a ethnocentrist reaction (meaning Europe-centered) : we fail to acknowledge the wild nature of the U.S. so we get a shock every time your country comes up with a candidate (and then President) like Reagan or Bush Jr. His comment was "get over it, that's the U.S.!"
The U.S., a country where presidential campaigns cost a fortune and you need solid personal wealth as well as strong support from the wealthiest to succeed, a country where you can run for president even if you have no political experience whatsoever, where campaigns are run by show biz standards..."
When I read you I feel you East coast people are closer to us Europeans than to many of your fellow Americans.

It is always exhausting to follow the American presidential election. But wow, The Donald is causing a bit of a problem for the republicans and that is fun to see!