The Fourth In Ridgewood 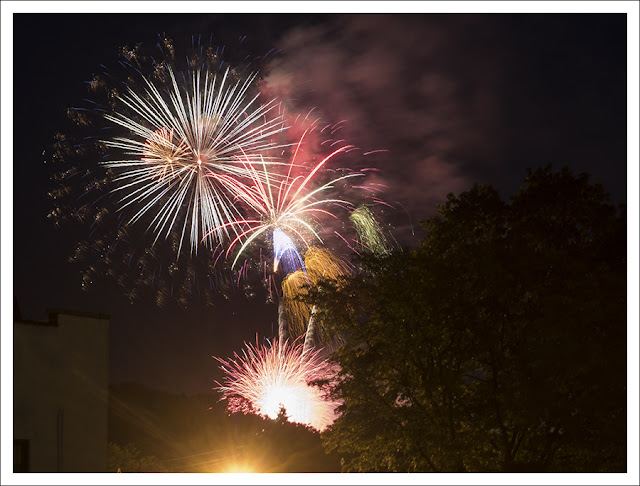 My family moved from Queens to Ridgewood, New Jersey, the day before my senior year of high school began. I was going to a Catholic boys prep school in the Bronx and commuted into the city to finish. A year later I decamped for St. Louis University.

My mother died seven years later but my father lived in Ridgewood into his 80s. My younger sister stayed in the town. My father's birthday was July 7 (he would have been 104 Tuesday) and all four of us would come out for the Fourth of July and grandpa's birthday. He's been gone for 20 years but the four siblings still get together at my sister's house almost every 4th. We're pretty tight.

Ridgewood has the biggest fireworks in the county. We always go. I'm happy with these shots that were taken on my little Olympus EM5 Mark II.

Below, one of my sweet nieces bottle feeding a puppy, followed by the village  emblem on a sign in the railroad station. 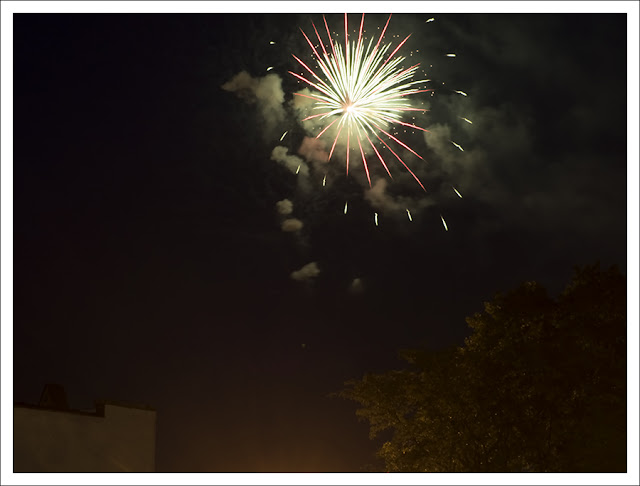 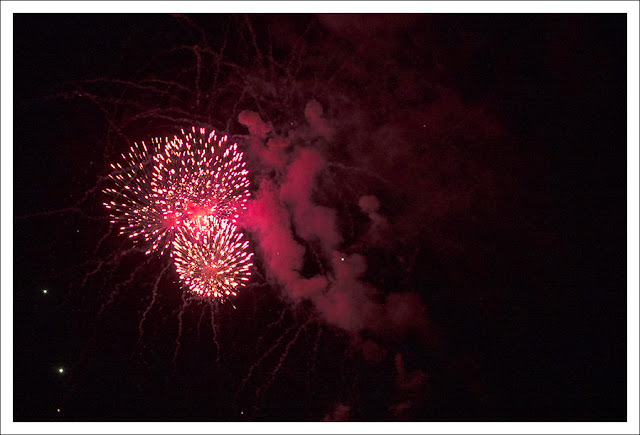 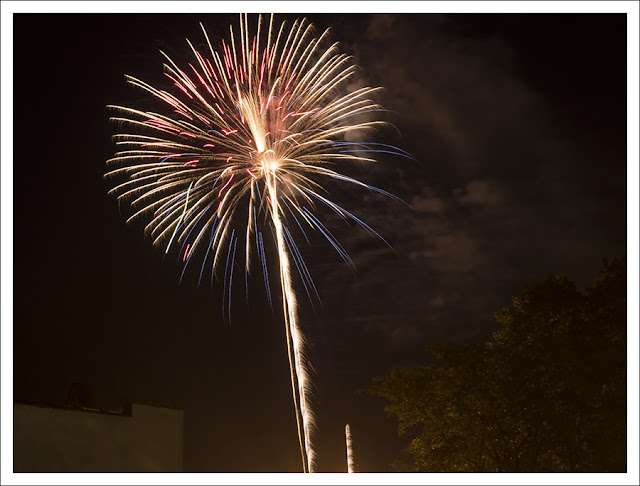 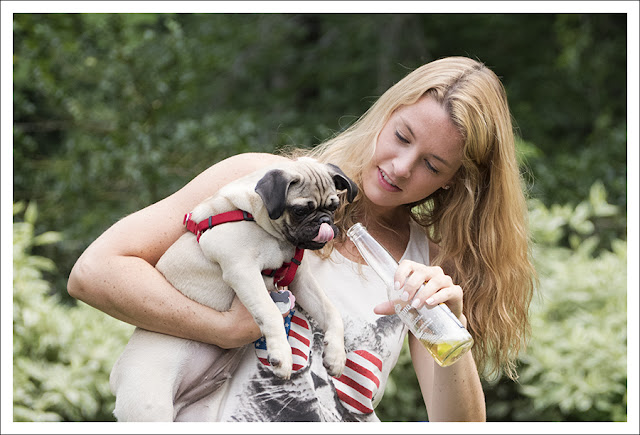 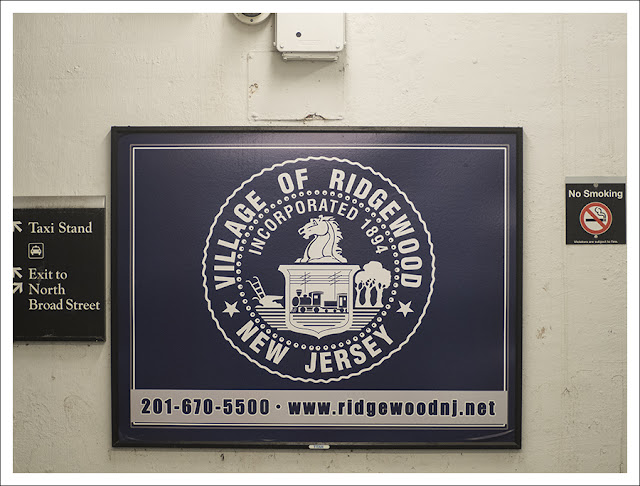 Love the fireworks shots! My Grandfather was also born on July 7th.

Spectacular fireworks, and such a sweet pup!

Hope you enjoyed the day.

Fireworks are tough to photograph. You and I both did them this year, and I think they all came out respectably.