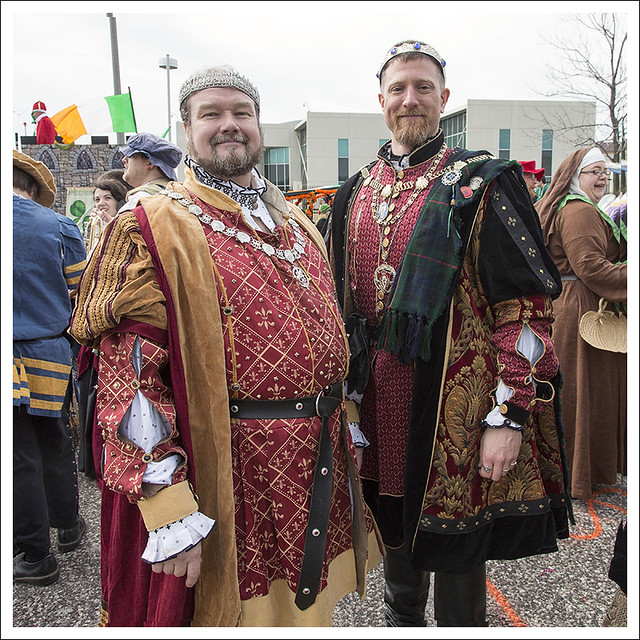 As usual, the people from the St. Louis Renaissance Faire were in the St. Patrick's Day parade. I've shot the event several times. Usually the conceit is fake French, mimicking the style of Lyon in the 15th or 16th Century. (It's a little vague.) This year they invited the English - maybe there was a trade of armagnac for whiskey.

The monarchs were happy to pose together, despite their usual hatred. Their majesties introduced themselves as Hank and Frank, so I assume they were supposed to be Henry VIII and Francois I. Peace at last.

Some of their retinue were hanging around, although few of them appeared to be battle-ready. The gentleman in the kilt is out of order, guarding a couple of cases of bottled water. Anyone else in the parade would have been guarding beer. 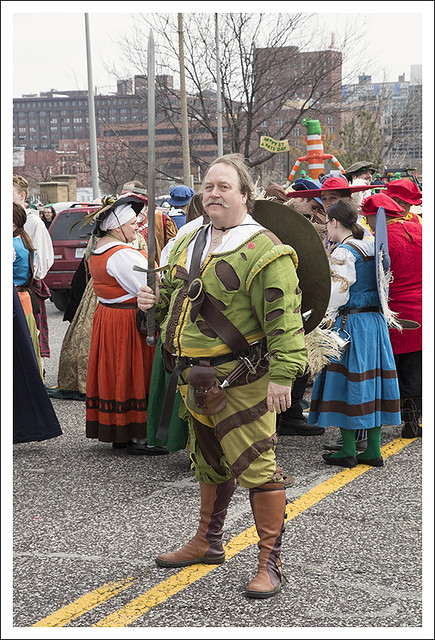 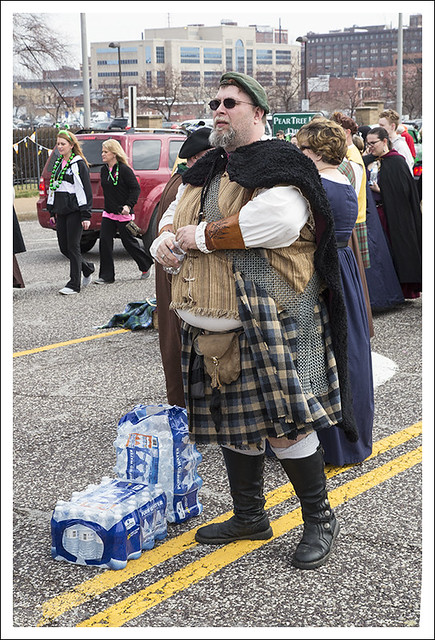 Wonderful shot of the Kings Bob.

What fun, we need to check this out sometime. Enjoy your day!

The Henry VIII stand in certainly does look the part!

Oh these guys are splendid Bob, especially your kilted water protector. The costumes really are very good, they obviously take it seriously.. why did that make me smile :)

We do have some odd characters living here....