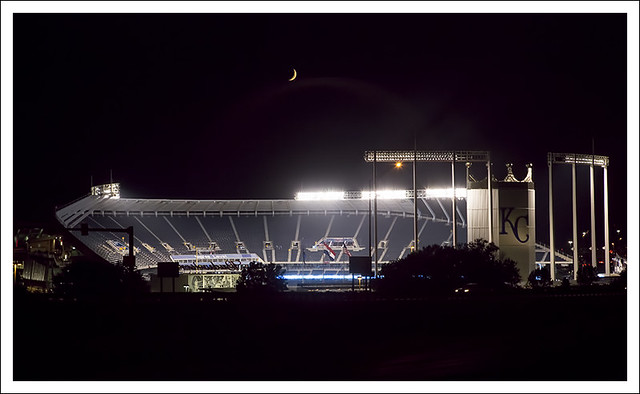 So about yesterday's post: the four young men were seated a few rows in front of us. The roving stadium cameramen had them on the big video screen several times. I approached them late in the game and asked what the monkey suits were about. "Nothin' much. Fun," was all the first one said. But is there a theme here, a reason, I persisted. "No, not really." And that's all I got from them. You can't see it in the photo but the last one was wearing a Minnesota Twins hat under his monkey hood. Maybe something happens to your brain if you live in the frozen north.

Moonrise over Kauffman Stadium after the game.

The Twins' lead off hitter started the game with a home run. The Royals came back in time.

Nice young ladies climbed on top of the dugouts between innings and threw tee shirts to the crowd. None of them got as far as the 13th row where we sat. In St. Louis they use giant slingshots to get them way back.

Singing of the national anthem at the beginning of the game. The announcer ordered everyone to rise, remove their hats (standard so far) and put your hand over your heart while singing along. Was that meant to include visitors from China, South Africa or Mexico? 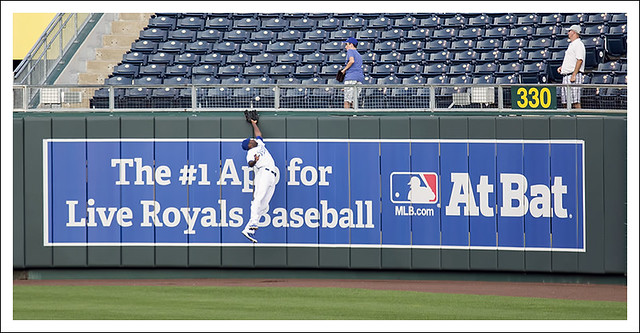 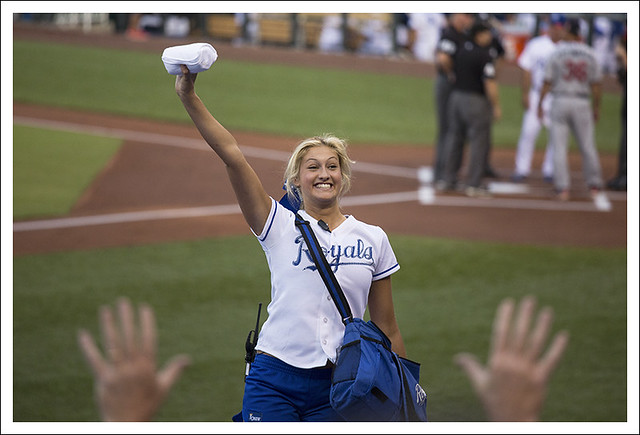 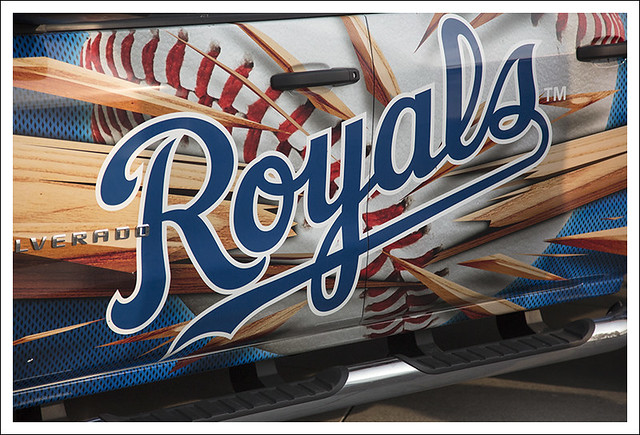 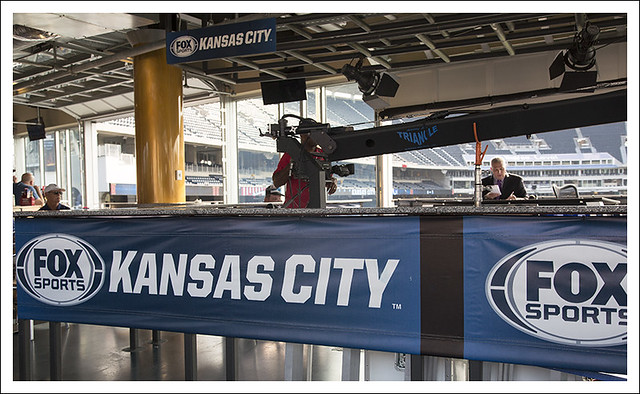 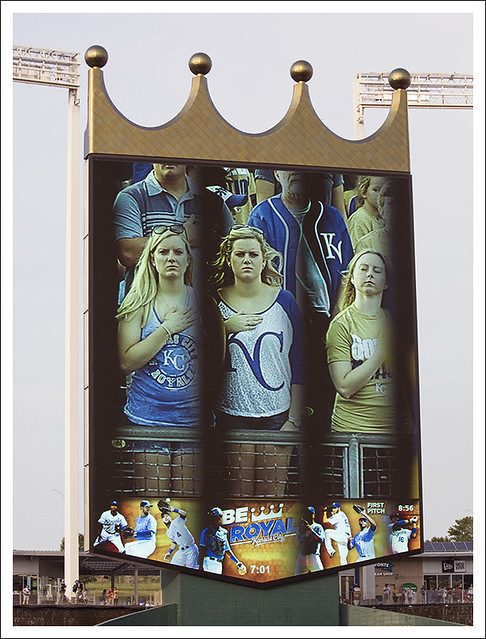 They must have lost a bet.

The stadium looks like a good place to play!

That's a nice image of a Kauffman moonrise.