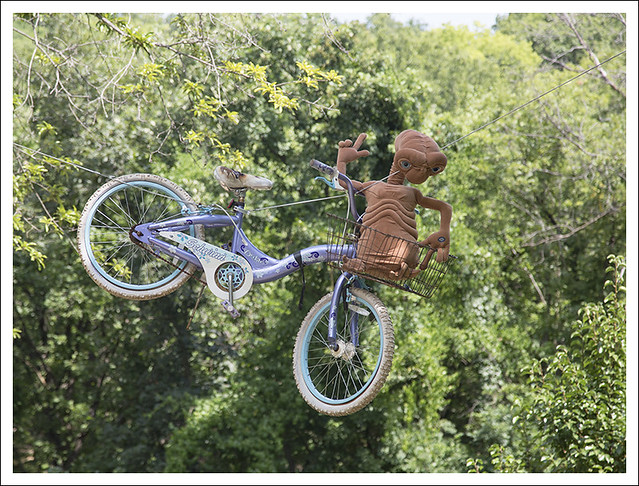 My brother-in-law, Bill, is a smart, creative guy. He and Mrs. C's sister, Dorothy (yes, Dorothy from Kansas) live on 15 hilly acres on the western outskirts of metro Kansas City. Bill grew up in the Missouri Ozarks and later worked a long career as a lineman for Kansas City Power and Light. Now that he's retired, he has an unending project creating what you might call a theme park with water features around the property. Every time I visit it's bigger and more complex.

These scenes refer to ET, Jaws, the song Dead Man's Curve, Gilligan's Island (featuring a swim suit my 95 year old mother in law is said to have worn in 1938), plus a random tiger perched in a tree, a hillbilly in a traditional bathtub and, I dunno, a fluid piano.

So here I am writing this, way out in the rolling farmland of Marshall County Kansas, 6 miles from a town of 50 and 17 miles from a town of 4,000, on the patio of of my wife's old family farmhouse. The only sounds are crickets and conversation. A half moon is rising in the hazy southwestern sky. And, thanks to WiFi, I'm connected to the world. Life is good tonight. 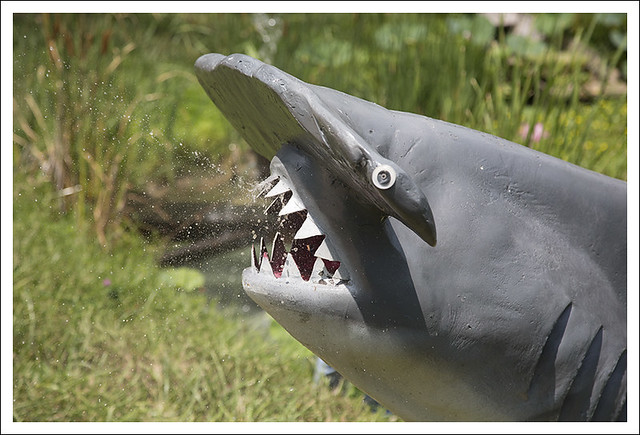 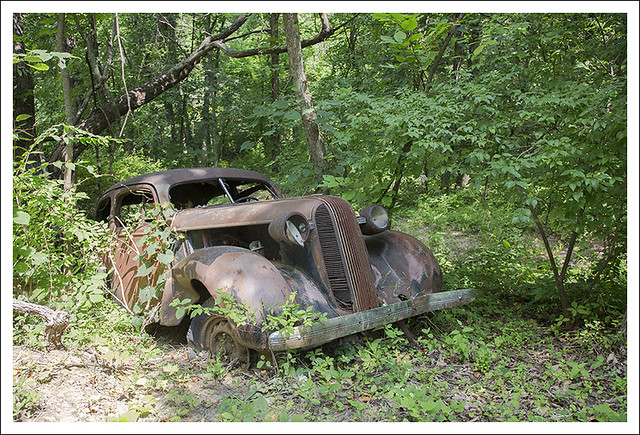 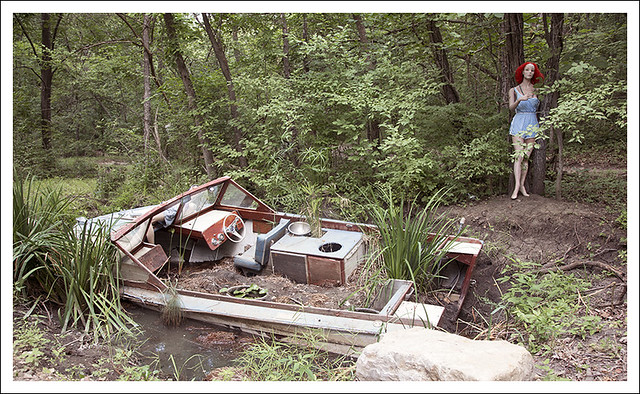 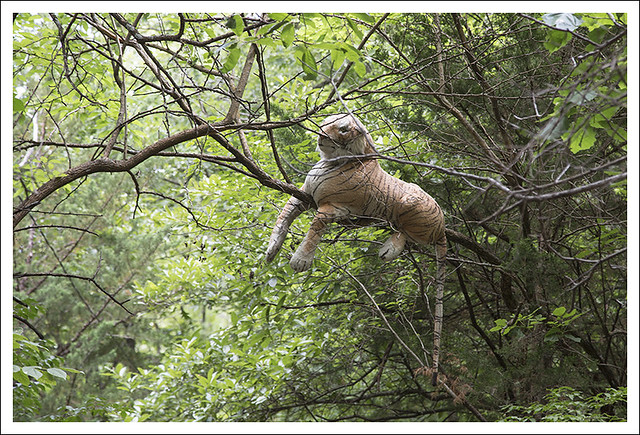 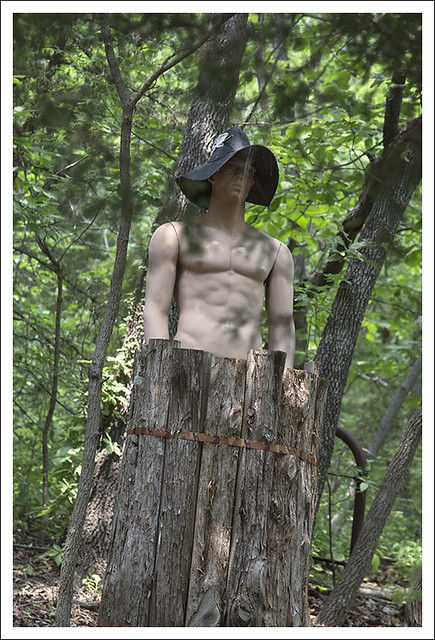 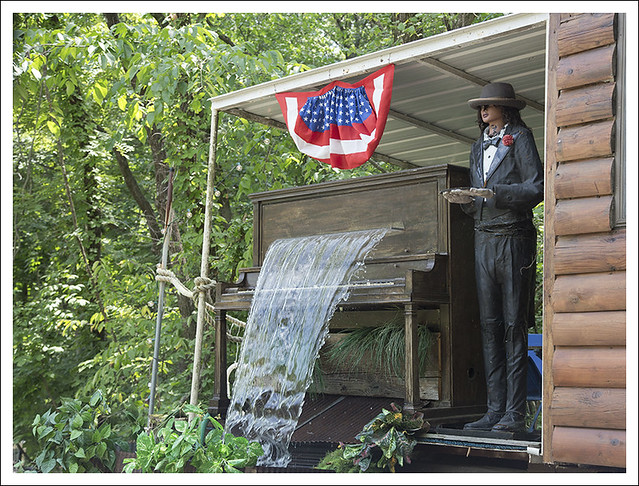 Fantastic. Bill is a fun guy that's for sure.

This is way fun!

This is really great!

Elenka would disown me! Next question.

What a clever idea!

Well now that is a marvelous place!

I would root for the shark to eat E.T.

Definitely would be on my list for a road trip, should I ever head that way.

Oh I love it Bob :) Bill sounds like quite a guy and Dorothy surely has an excellent sense of humour :)