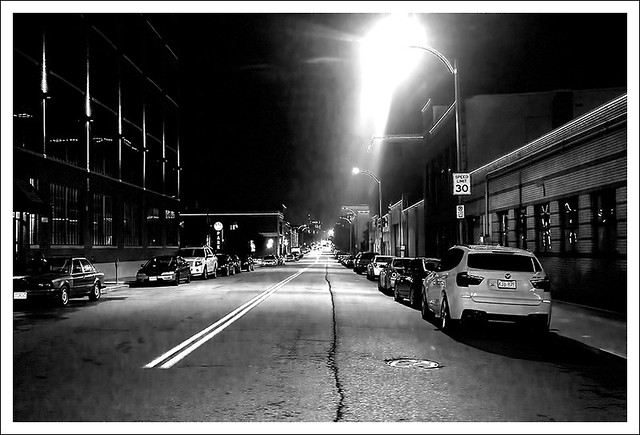 Night in midtown St. Louis, the area where the Fringe was held: Locust Street looking east from Theresa; Triumph Grill, where Olive Street and Lindell Boulevard split apart; and bands booked at Fubar, one of the Fringe's performance venues. A bit post-apocalyptic. Hey, it ain't Paris but it's home.

Take That! Department: last night Mrs. C and I attended a performance of a new work at Opera Theatre of St. Louis, 27. It is set at 27 rue de Fleurus, (speaking of) Paris, where Gertrude Stein and Alice B. Toklas lived and held their salons for decades. In one scene, Ernest Hemmingway (who came onstage dragging a fake dead rhino) and F. Scott Fitzgerald (who came onstage pulling an elaborate drinks cart) are demanding that Stein declare which one of them is a genius. Man Ray is hanging around taking pictures. Eventually he tries to get some attention, too. Stein stares him down and declares You are not a genius. You are a photographer. Ouch! 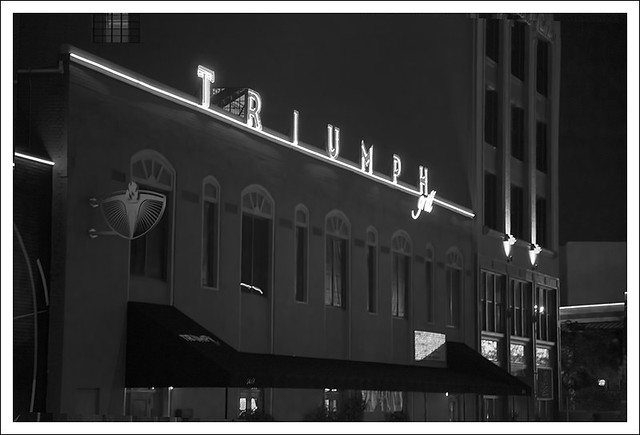 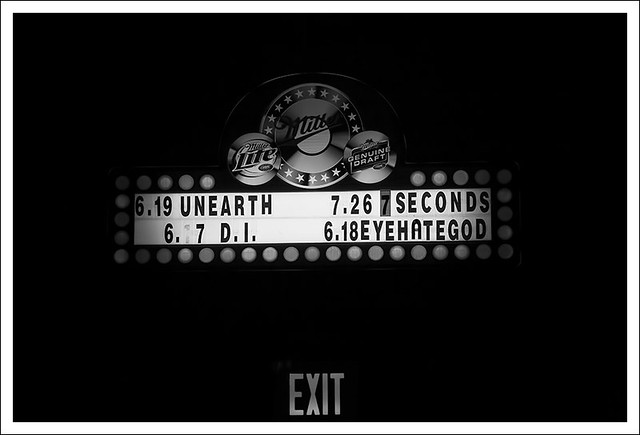 Hahahahaha!
At first I misread the title as 'beyond the fridge'
It sound hilarious! Sorry I missed it.

'...beyond the fridge'
Hemmingway could have been bending over showing repairing a fridge... crack and all.
Sorry, I'll end now.

You've got a bit of a film noir sensibility about the shots today, Bob.

These are great shots!