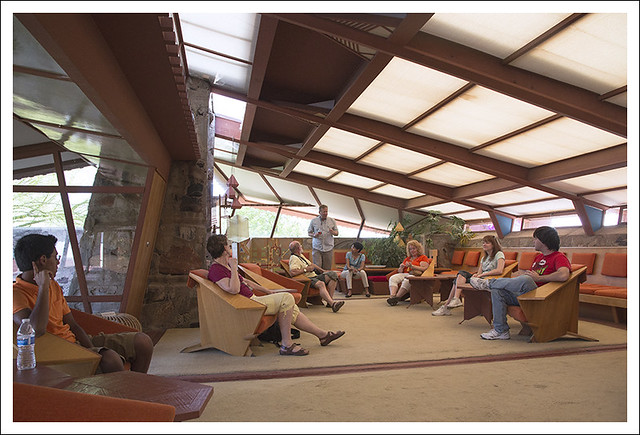 The photo above is of the great room at Taliesin West, mentioned in yesterday's post. The chairs are based on origami. As Dave mentioned in a comment yesterday, when high power lines were built nearby to the west in the direction of Phoenix, Wright angrily revised the house to face east toward the McDowell Mountains. Note that the roof line to the right slopes so sharply that guests were forced to sit down, facing the host's preferred view.

Wright and his third and last wife, Olga, had separate bedrooms. Some think that's the only way someone could stay married to him. The bed in the foreground was only for lounging during the day. There's another one behind the divider for sleep. Who knows why. He also had his own tiny bathroom. Nothing like those in today's big American homes, so large you could play badminton.

Olga Ivanovna Lazovich became a sculptor of some note. Some of her work is seen at the bottom. 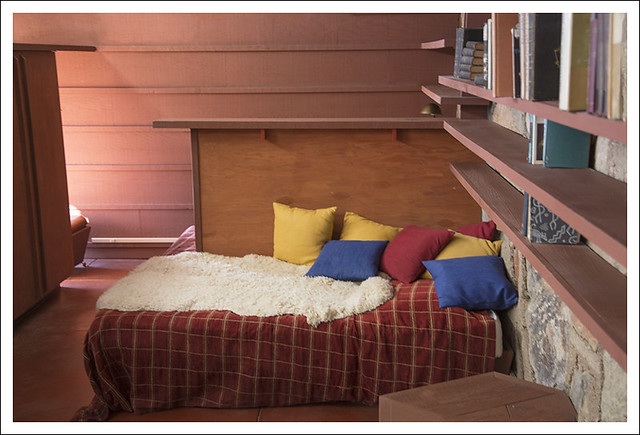 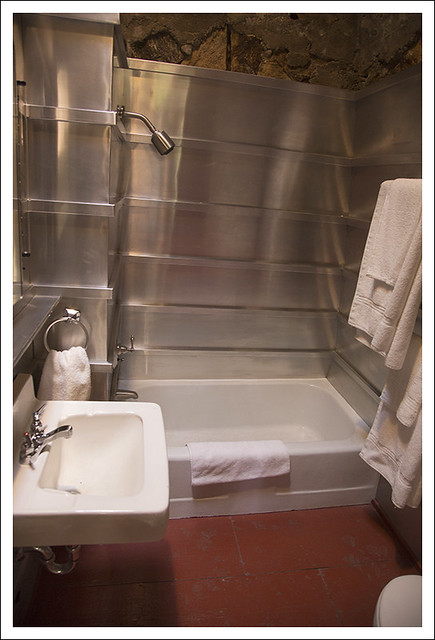 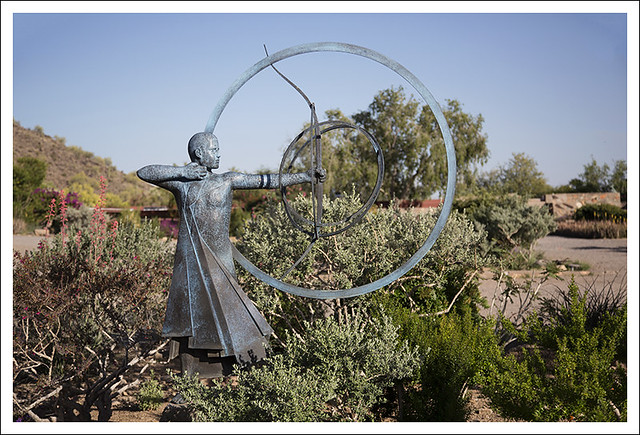 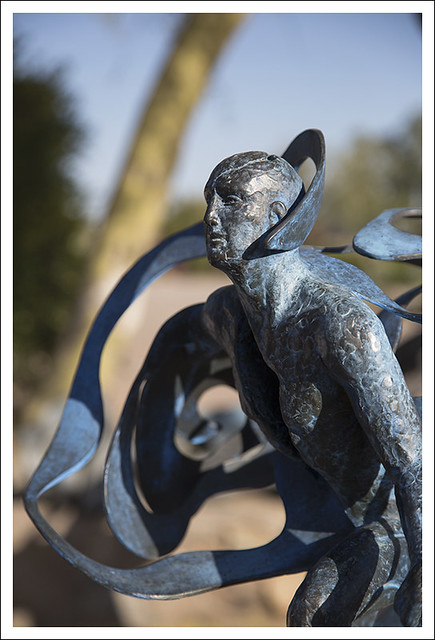 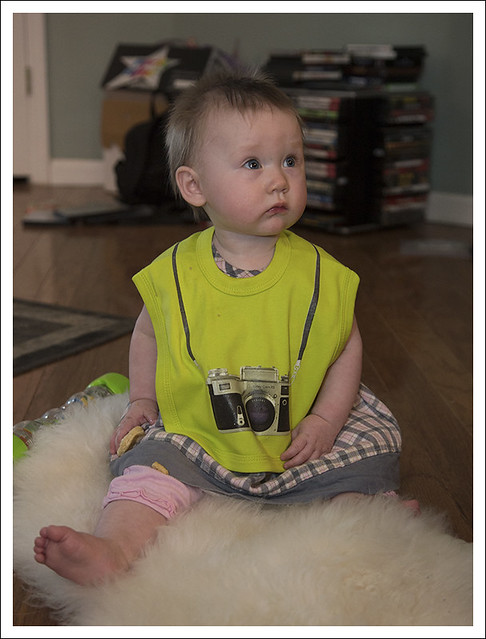 Gotta start 'em while they're young. (Bib found at the International Photography Hall of Fame in STL.)
Posted by Bob Crowe at 12:01 AM

I should imagine it would be quite difficult living with someone with a true artistic temperament, separate bedrooms sound like a good idea :) Madeleine looks ADORABLE in her new bib, mind you I bet she looks gorgeous in everything:)

Interesting place to visit. I like the idea of the two bed, one for sleeping and one for lounging.

In interesting artwork. Madeleine knows how to dress!

Madeleine is frowning. Maybe her last shot didn't come out how she wanted.

It's quite an eccentric looking house.

She is such a cutie. Maybe she is upset that her camera battery isn't charged and the memory card is too small?

Bob, you wouldn't by any chance be encouraging Madeleine's future career choices, would you?

I love everything about today's post: the story, the house,... and Madeleine's bib of course. A winner!