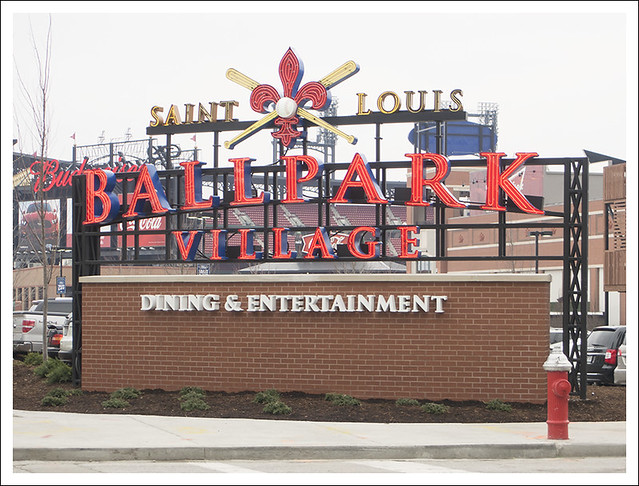 It finally opened, or Phase 1 did.

We had a new baseball stadium for the 2006 season. It cost about a squillion dollars and much of it was taxpayer money. Construction was right next to the old stadium. In return for the public money, the team owners promised to build a grand complex on the old site to be called Ballpark Village. It was to include shops, restaurants, apartments and offices. So about six years go by and guess what happened? Nothing.

Then someone got some financing and the first part went up. It opened last weekend. We're all baseball fans so we went down for dinner out of curiosity.

It's all about squeezing as much money out of the customers as possible while watching sports on gigantic televisions. There was a feel of Las Vegas. We went to the Budweiser Brew House, whose menu looked okay. Despite being told earlier there would be no problem getting a table at 6, the hostess told me "30 to 45 minutes and we hope less." An hour later as we were getting up to leave they found a table. The food was better than expected (although overpriced) but it was sooo slow. I was about to leave the place when the mains arrived. The servers were wonderful but the front end and kitchen were in obvious disarray. Locals, try them in a few weeks. 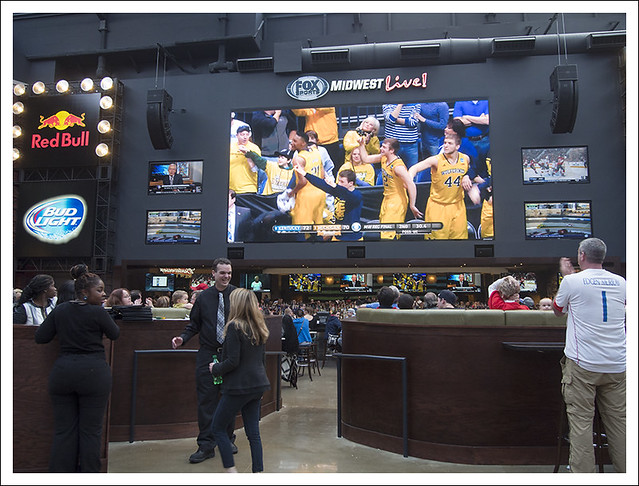 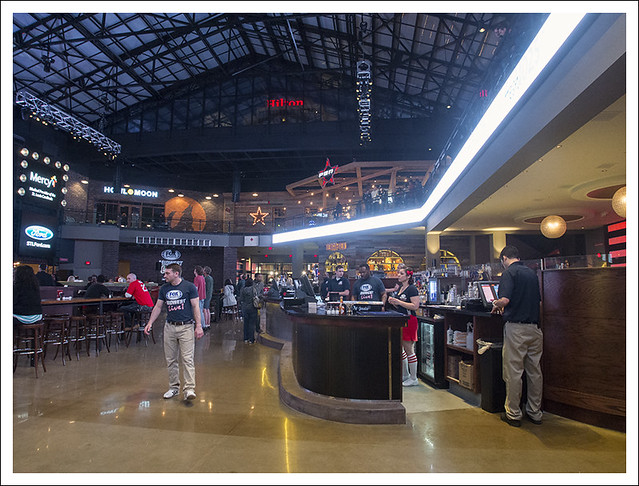 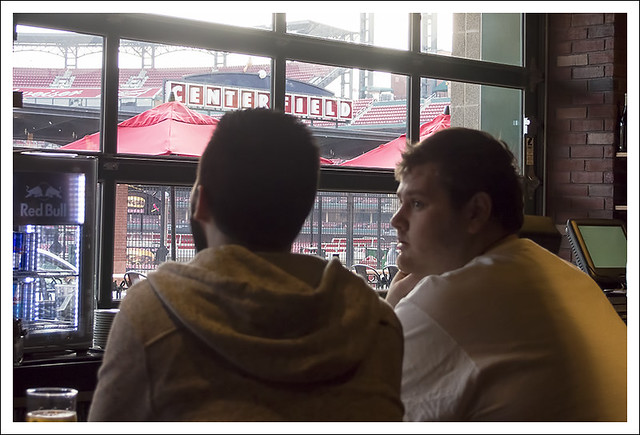 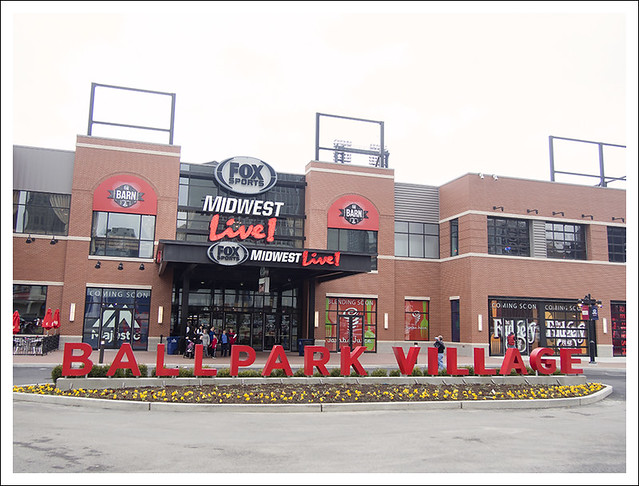 
Ms. M was put off by the delays, too. Little kids need to eat when they are hungry. So, she perused the menu and found something tasty. When she was finished she gave us the "had enough" sign. Afterward, we got us the cold stare that demanded entertainment. 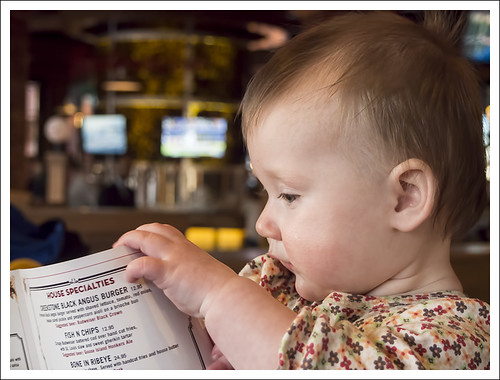 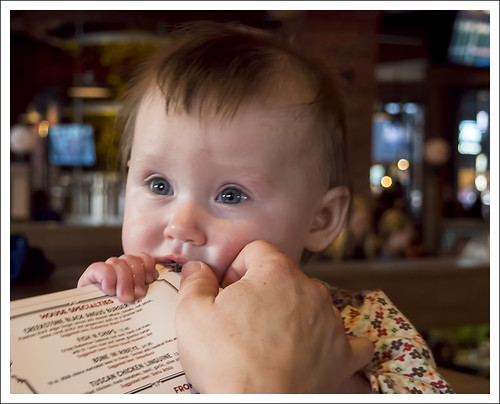 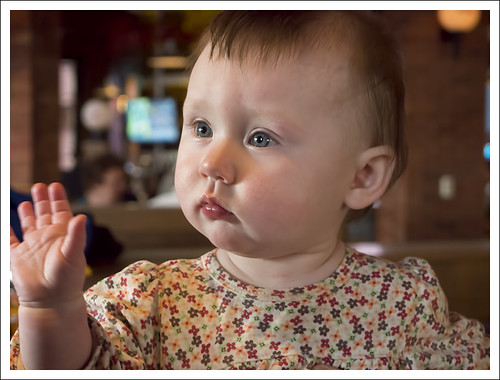 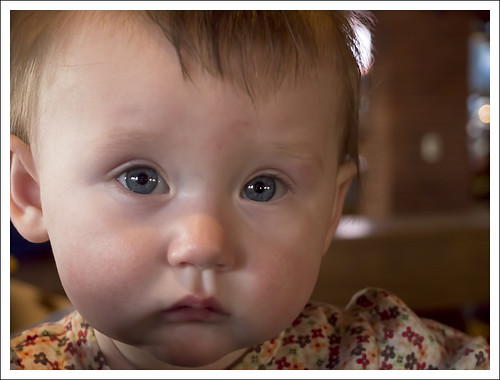 Some new restaurants will open with twice the number of staff that they will have once things settle down to avoid problems such as the ones you experienced.

I'm sorry I'm not really looking at the restaurant because I am quite enamoured... :-)

Bob, hopefully it will get better. Even if you don't visit those places National Harbor here in DC - it always brings tourists. Your granddaughter looks gorgeous even when she is hungry. Have a great week.

She is such a character!

I expect the place will settle down in a few weeks into a sense of routine.

Sorry Bob did you mention something about a baseball stadium, was too distracted by Ms Madeleine, sooooo cute, I can just imagine how she has you all wrapped around her petit finger :)

I'm in awe at the bottom shot. Look at that pretty face! :-)

Interesting place. I'll have to try it when I go to the Cardinals' game April 9.

The Marvelous Miss M is growing up!

Madeleine gets cuter every week!

The Syfy Channel did a movie a few years ago about a black hole that swallowed St. Louis. I thought the movie was about Ballpark Village....