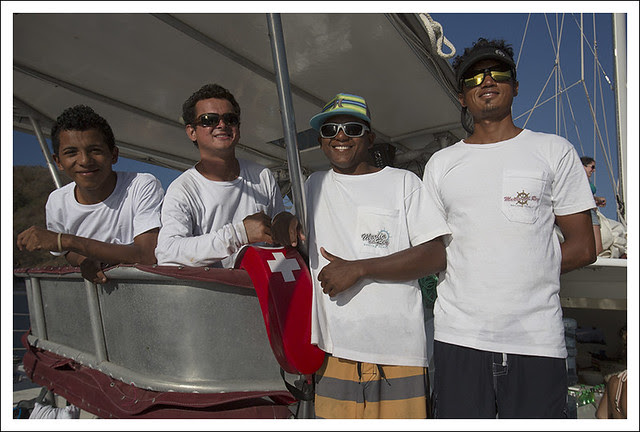 This place is a photographer's paradise. (I learned how to say photographer in Spanish yesterday; fotógrafo.) These are more images of the crew and passengers of the Marlin del Rey on Wednesday afternoon.