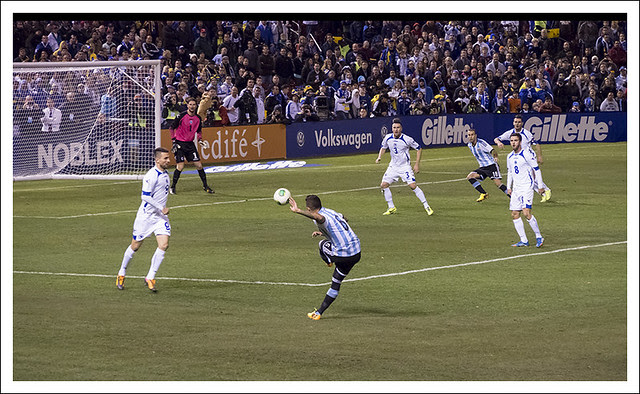 This wasn't on my schedule.

We are starting to get international soccer matches in STL. Last spring Chelsea played Manchester City. The summer brought a game between Real Madrid and Milan Inter. Last night it was the national teams of Argentina and Bosnia-Herzegovina at Busch Stadium.

I walked over after work to take some pictures - lots of crazy people like in the video in my previous post. A local woman approached me on the street. She and her husband were stuck with two extra prime tickets, which she offered at a steep discount. Only one of me but she wanted some payback. I waffled, then bought a ticket for 60% off face value.

Glad I did. What a match. St. Louis has a big Bosnian population and there are many more around the US. The ratio of Bosnian to Argentine fans was maybe 50 to 1.

Gotta get to work. More of this to come. 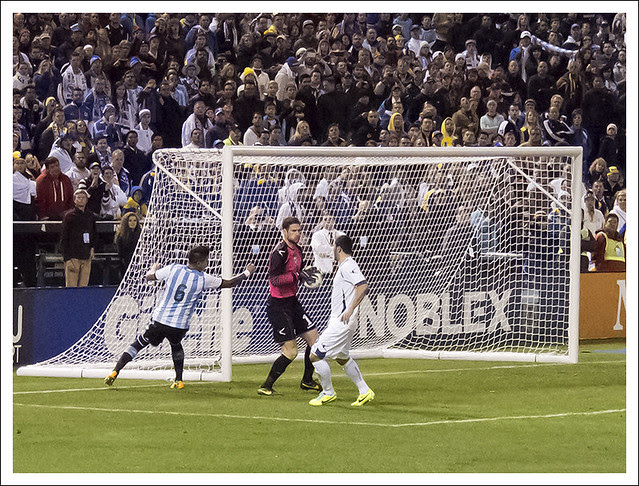 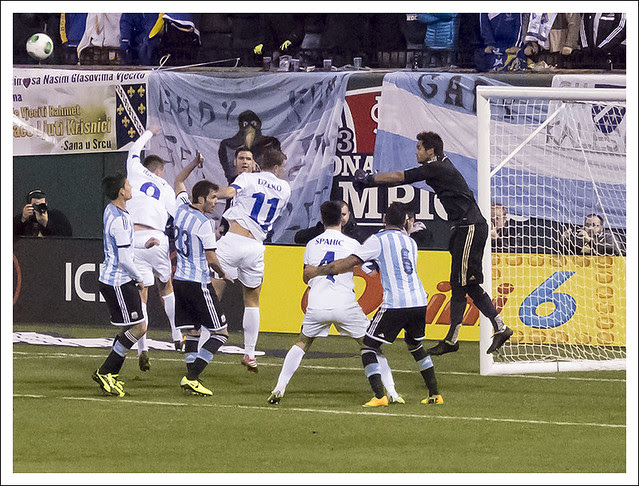 My son lives in Argentina, and they are crazy down there about their soccer.

Soccer to many countries is like the NFL (or baseball) here. Great shots.

You can keep them as far as I'm concerned... ;-) Cool shots of a subject I detest!

You do good with sports shots, Bob. Though I am with Ciel... I've never understood the point to soccer.

Great action photos, Bob. I don't think I have come across a Bosnian population of any size. So, they are all in St. Louis . . .