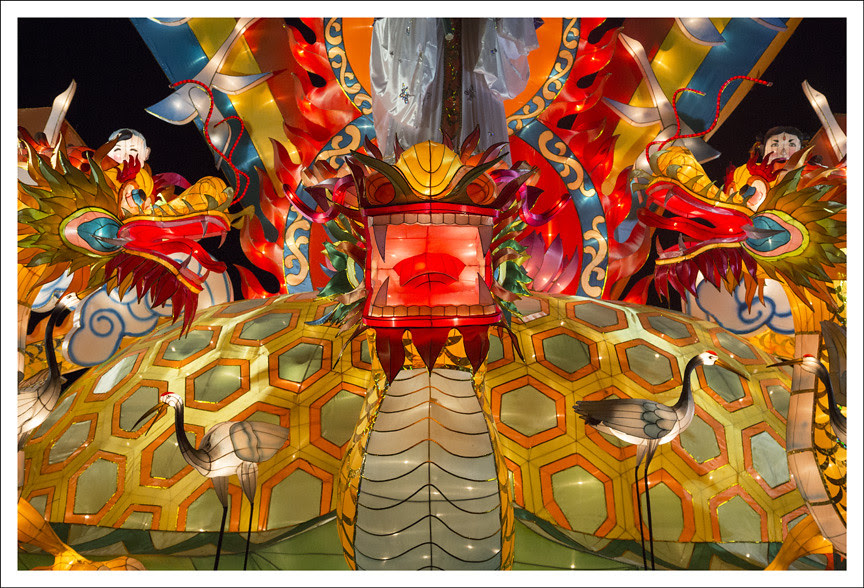 These three dragons were part of one of the more spectacular displays at the Lantern Festival at the Missouri Botanical Garden. The one in the middle is roaring at us. I've got a couple of pix that show the whole construction but I haven't had time to do much editing. Various signs told us that there is a hierarchy in Chinese dragon images. Only the emperor can use dragons with five claws. The nobility get four. Peons, if they get any dragons at all, are limited to three claws.

Sorry about how few comments I've been leaving. Same reason there are many shots from Maine and this festival waiting to be edited. Just been bombed at work since I got home. And my son, Andy, is in town from Chicago for a couple of days. So many photos, so much Photoshop, so little time. 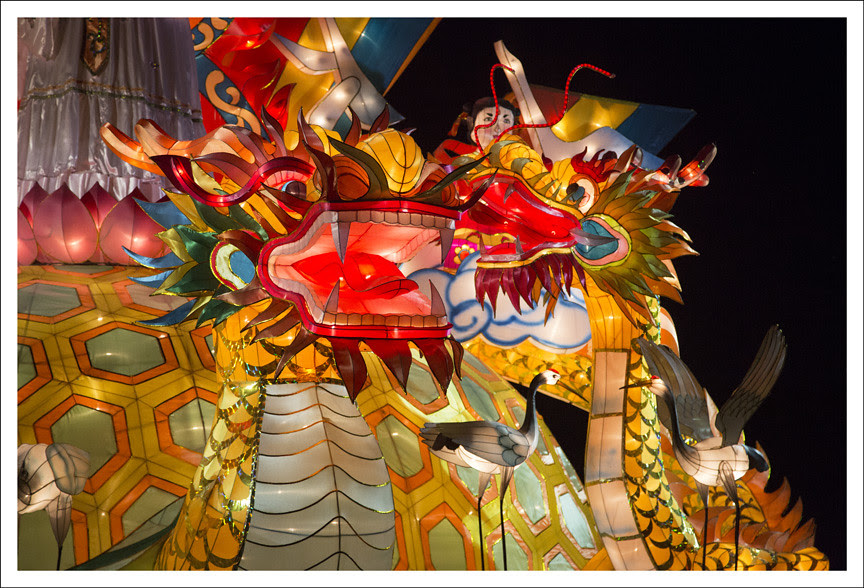 I much prefer this. The colours are incredible!

What a great colors. There is a lot better with the photo equipment these days. It jumps of the screen. Compare this with pictures from say 20 years ago. Well done.

Like a puzzle. I had to search for them dragons.

These are an explosion of color.

Well I can't blame a darn thing on Photoshop but I do know that these photos are terrif!
V