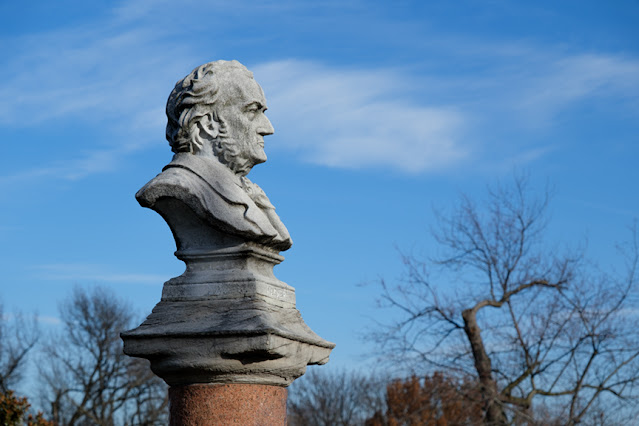 Next around the circle of busts is Richard Wagner, who seems to be contemplating the destruction of the cycle of major and minor keys, and perhaps tonality itself. The story is that he was not a nice person, egotistical and sometimes bullying. Not to everyone's taste, but, still, some of the most moving nights I have had in the musical theater, were at performances of his work: the Flying Dutchman at the Metropolitan Opera, Jon Vickers singing Parsifal in Chicago and the big iconoclast, Tristan und Isolde, when I was in Los Angeles on business. (I was alone at that last one and happened to walk out to the parking lot with a member of the orchestra who looked at me and asked, "did you actually like that?" I did.)