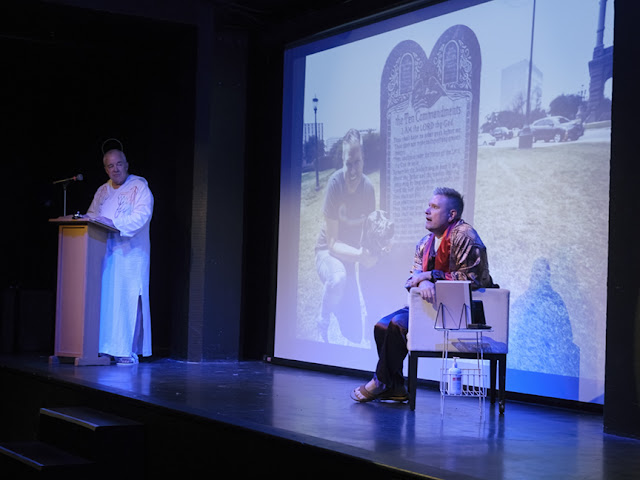 Does your city have a Fringe Festival? When one of the most prestigious arts festivals in Europe re-started after World War II, they would not admit the odd, the experimental and the out-there. So those artists said bleep you, we'll have our own. And thus was the Edinburgh Fringe Festival born.

And now there are offshoots all over the world. The St. Louis Fringe Festival takes place in mid-August. I'm the house photographer and a member of the board of directors. It's the highlight of my image making year. We just had a taste last weekend. Our executive director, Matthew Kerns (MFA, mind you), starred in a production of An Act of God, assisted by actor-comedian-pediatrician Ken Haller. It's a provocative comedy by longtime Saturday Night Live writer David Javerbaum. Matt, as God, has had about enough of us and visits to announce a new set of rules relevant to what we have become. It made you laugh and think.