HOW DOES SHE DO IT? 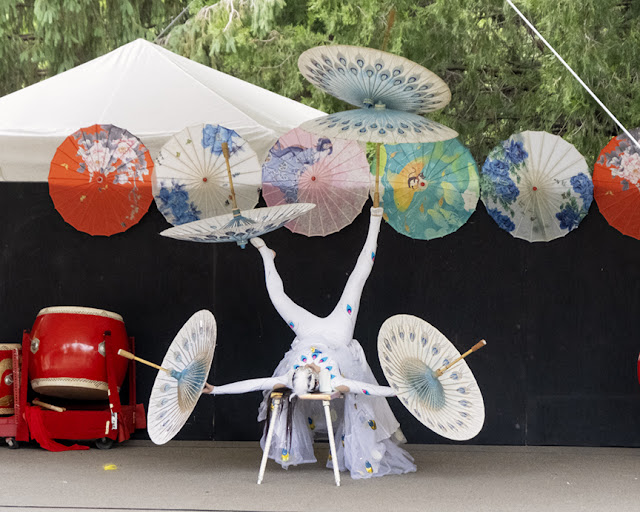 I don't know if you would describe this woman as a juggler, acrobat or something else, but she was a big hit at the Chinese Cultural Festival. This is her thing, keeping umbrellas spinning using all four extremities. The announcer said she holds the world record for keeping ten of them going at the same time. Being a bit on the clumsy side, I just can't imagine it.

A busker would be an all around description for her.