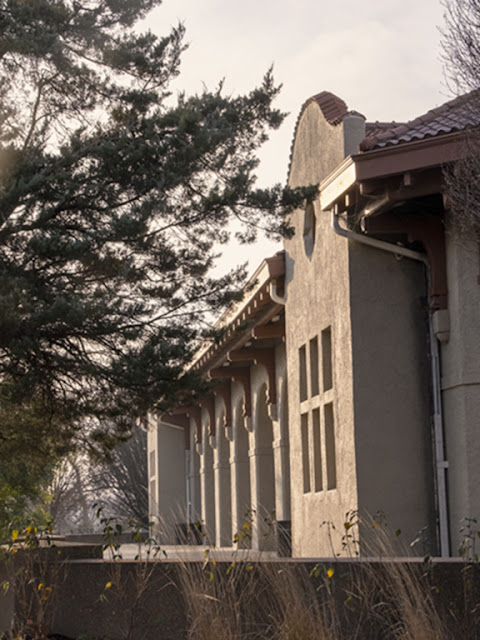 This is the same building we've seen the last two days that we call the World's Fair Pavilion. I thought it was built for the 1904 World's Fair but I was wrong. That happened in 1909 using proceeds from the fair, with a major renovation in 1998. (Once a century should do it.) It is open on the sides and can be rented for events. I've been to a political rally and wedding reception there. When I was an undergrad the Grateful Dead showed up one afternoon when they were in town and played for free.

I'm not sure how to describe the architecture. Looks vaguely Spanish to me but I can't find anything online with specific information.

Its style appeals to me.